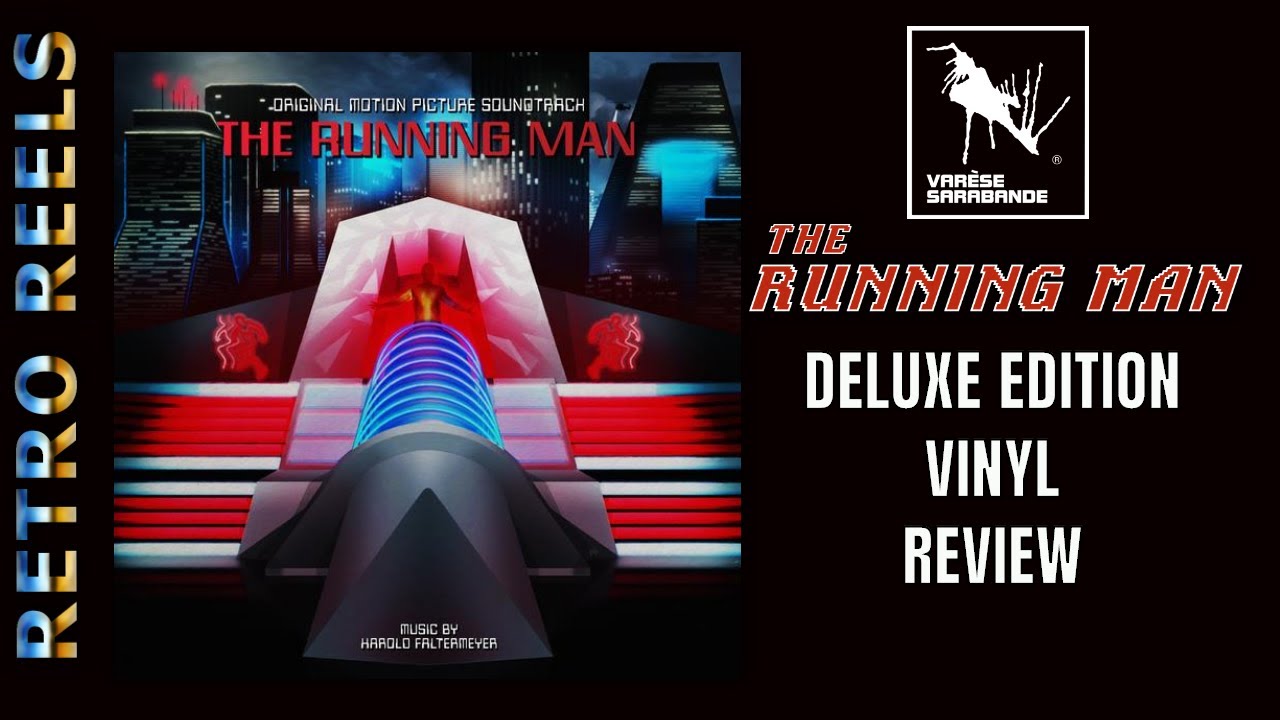 The Running Man: The Deluxe Edition, was composed by Harold Faltermeyer (Beverly Hills Cop, Top Gun, Cop Out, and the upcoming film Top Gun, Maverick). The original (1987) 17 track album has been expanded to 35 tracks, which includes additional music and unreleased and alternate cues. The album was remastered by Chas Ferry from the original Paramount Pictures sources.The 2 LP gatefold package features original artwork created by Florian Mihr and includes images from the film and extensive liner notes by Daniel Schweiger on the inner sleeves.In the year 2019, America is a totalitarian state where the favorite television program is The Running Man -- a game show in which prisoners must run to freedom to avoid a brutal death. Having been made a scapegoat by the government, an imprisoned Ben Richards (Arnold Schwarzenegger) has the opportunity to make it back to the outside again by being a contestant on the deadly show, although the twisted host, Damon Killian (Richard Dawson) has no intention of letting him escape.