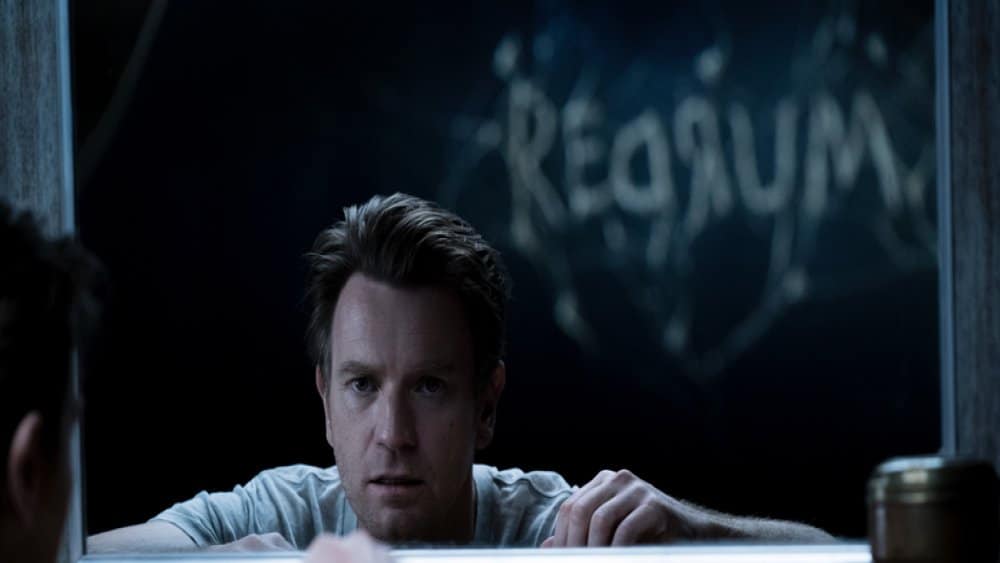 “Come play with us Danny… forever and ever.”

My most anticipated film for the rest of the year. ‘Doctor Sleep’ has the mammoth task of following up the classic (and my favourite film) ‘The Shining’, whilst also being a faithful adaptation of King’s novel of the same name. Thankfully with director Mike Flanagan (The Haunting Of Hill House, Gerald’s Game…) at the the helm and a brilliant cast line up, ‘Doctor Sleep’ delivers in both of these in spades.

Several years following the events of ‘The Shining’ an adult Danny Torrance (Ewan McGregor) meets a young girl (Kyliegh Curran) who has similar powers to him and he has to try and protect her from a cult called ‘The True Knot’ led by Rose The Hat (Rebecca Ferguson) who prey on children with these powers to remain immortal.

The cast and the performances are brilliant. Ewan McGregor is an excellent choice for Danny Torrance, he carries on the quiet and anxious traits we knew from Danny as a child, when we meet him he’s an alcoholic and homeless living rough with no place to go. We spend a lot of time with Danny basically fixing his problems and trying to turn his life around, going to a support group, getting a job etc. and it’s a great character study of addiction and trauma and seeing his character development throughout the film is engaging to watch and McGregor really delivers. This is as much Abra’s story as it is Danny’s and Kayleigh Curran really delivers here considering she’s still a child and this only her second ever project, she has to deal with a lot of intense and disturbing scenes and for a child actress she has a commanding screen presence. However Rebecca Ferguson as ‘Rose The Hat’ is the scene stealer. Hypnotic, cunning, intimidating and beautifully seductive she gives a menacing and at times sadistic performance with her instantly memorable – “Well, hi there…” she is a powerful antagonist. It’s pacing and slow burn approach over the 2hr 30 minute runtime means all these three main characters get attention and focus so that you remain engaged in all their stories and separate motivations.

Visually the film is phenomenal at times, especially when it comes to recapturing, revisiting and adding on to Kubrick’s masterpiece. The Overlook set design has been perfectly reconstructed and I got genuine chills when we revisit it here. Flanagan channels Kubrick’s camerawork and colour at points brilliantly whilst also keeping it solely his own at the same time with the colour colour palette going for a very greenish, grey and blue look for the majority which gives the film an otherworldly feel to it. There are various specific flashbacks, callbacks and specific scenes (which I won’t spoil) which are so well crafted and shot at times you’ll think you slipped back into 1980 and damn the finale sequence is an absolute blast especially if you love ‘The Shining’ it’ll no doubt put a grin on your face as it did to me.

The cinematography and editing is very well done. The film is very unnerving and intense with its scares, relying on disturbing imagery and well positioned lighting and camera movements. The sound design is fantastic, loud and atmospheric and the score is chilling, especially with this version of ‘The Shining’ theme. The mixture of realistic prosthetics and CGI augmentation makes for a very effective blend and is extremely refreshing in the current climate of jump-scare fuelled horror films which flood the mainstream side of the genre.

There are few scenes that I thought could’ve been paced a bit better and the structure of the film (especially in the middle and towards the start) is slightly repetitive. However these are minor gripes.

‘Doctor Sleep’ delivered exactly what I wanted. Taking the tone and iconography of Kubrick’s classic and blending it with King’s very different  to the first movie sequel novel. ‘Doctor Sleep’ manages to be a worthy follow up as well as being completely its own film. Highly recommend this whether you’ve seen/read ‘The Shining’ or not.