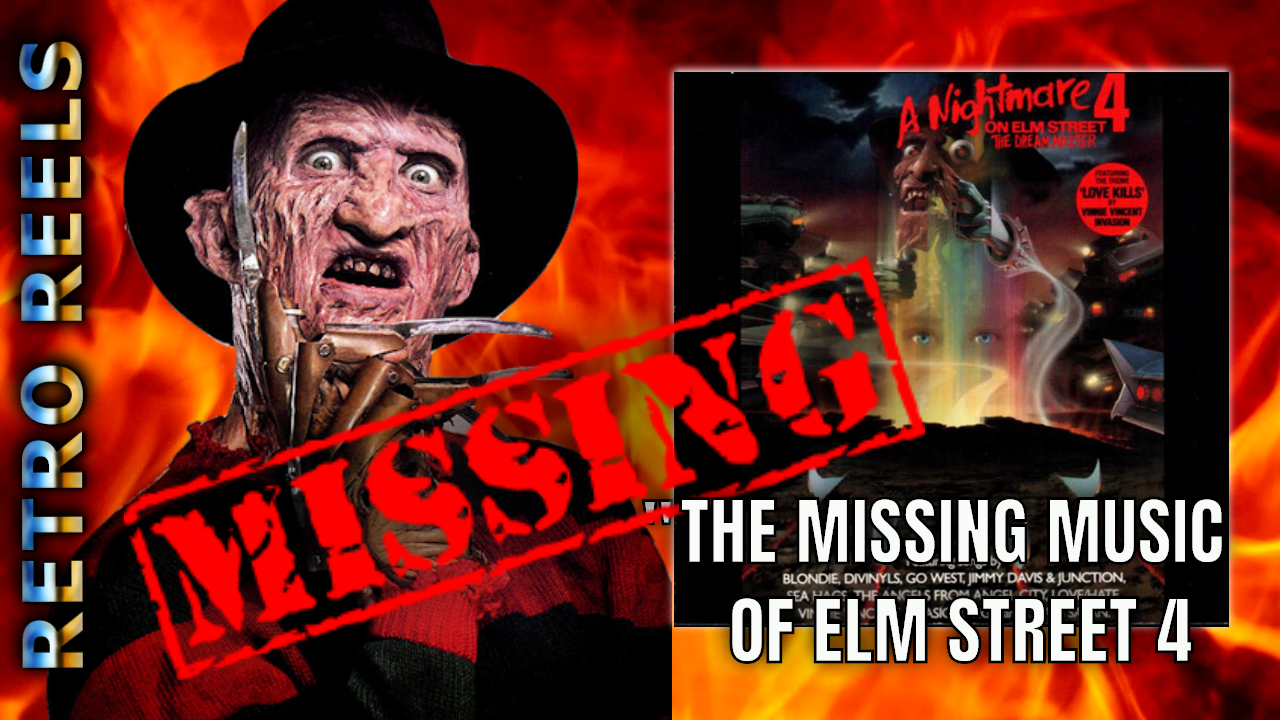 The year was 1988, the rock hair bands that once dominated the music scene were slowly being pushed aside for a new type of music. The 4th entry into the immensely popular Nightmare on Elm Street series marked a notable change musically. The MTV generation was now in full swing and Elm Street 4 embraced both its cultural influences and its new variety of international music.

The soundtrack album for part 4 is one of, if not the best in the series, featuring bands such as The Divinyls, Go West , Blondie and a few lesser known bands that provided some very memorable music.

But when watching the film, you notice that some of the most memorable tracks didn’t actually make it to the soundtrack album.

There were some weird choices made for this album. Whether these were down to time restraints, cost or licensing remains unknown.

However in this edition of Missing Movie Music, we are going to highlight some of those missing tracks.