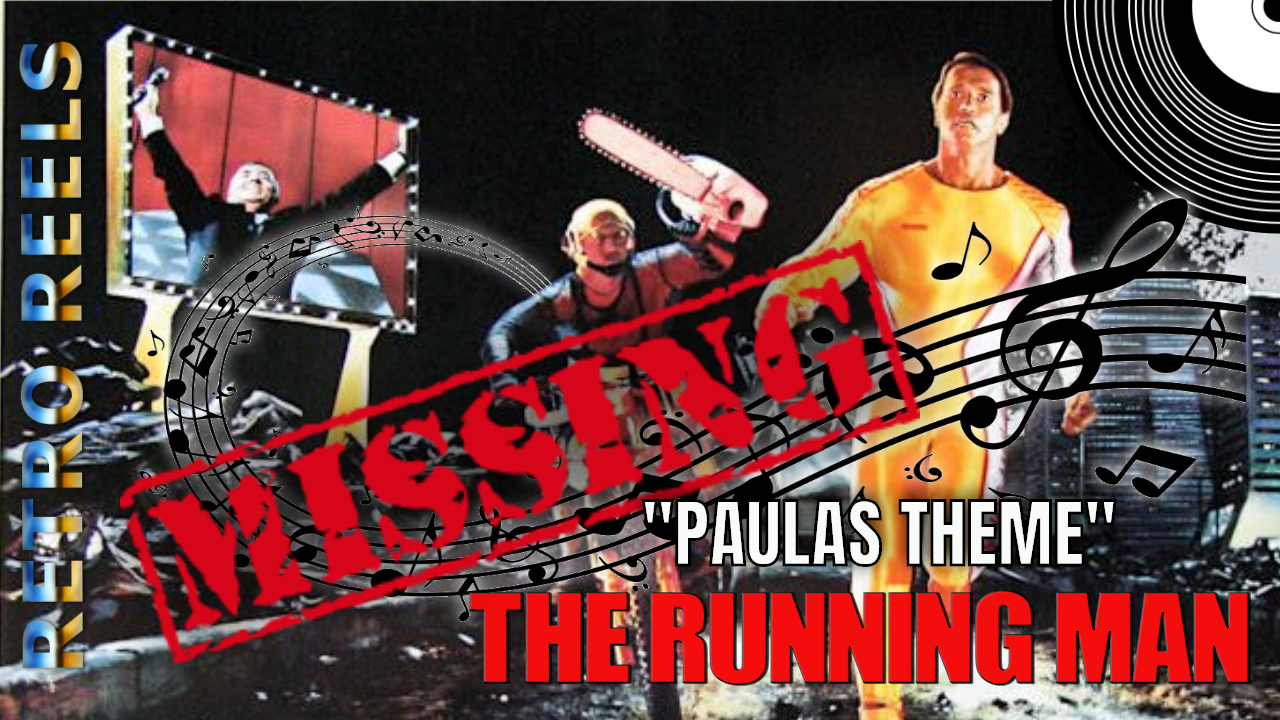 The track credited at the end of the movie - "Paula's Theme" has never appeared on any of the soundtrack releases of The Running Man, including the new expanded edition released in 2020.The track was named so as it was played during the opening of the show in the movie - for which Paula Abdul choreographed the dance routines for.