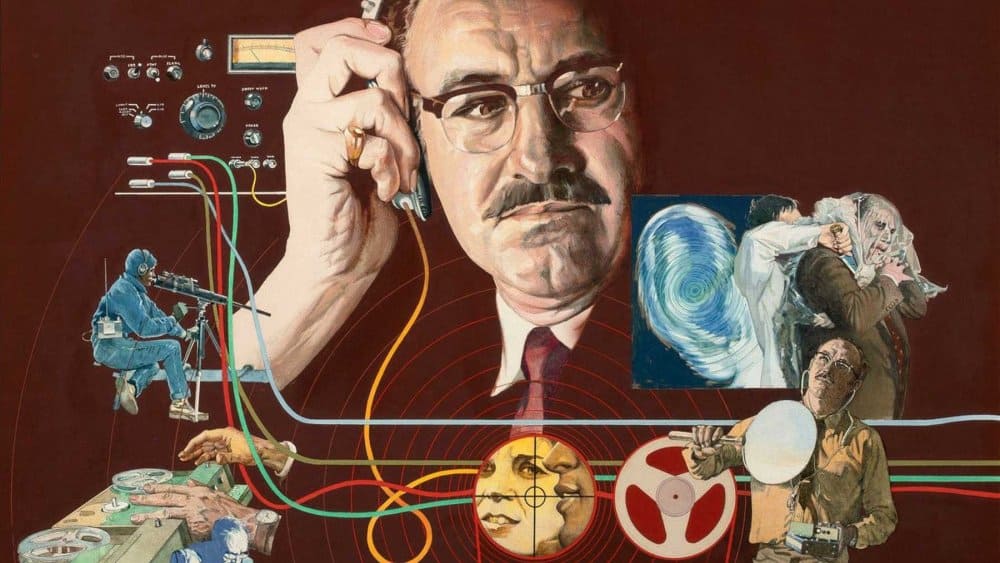 A film that really deserves more attention in Francis Ford Coppola’s career. ‘The Conversation’ released in between ‘The Godfather and ‘The Godfather Part II’ (same  year as Part II) and doesn’t nearly get as much mentioning as his other works. The film follows paranoid, secretive surveillance expert Harry Caul (Gene Hackman) who has a crisis of conscience when he suspects a couple that he’s spying on may be murdered.

This film nails pacing and a real build up of tension, nothing you would call really ‘thrilling’ or ‘exciting’ is happening on screen, however due to the story pacing and consistently engaging characters and mystery plot it allows the film to be more interesting and engaging them most action films. For example there is a sequence of Harry trying to isolate what his target is saying from behind and instrument on his recording device and it’s genuinely fascinating and engaging seeing him get closer and closer to working out another piece of the puzzle. When the film fully stretches your tension right out to breaking point it hits you with a truly psychological thriller level finale which I won’t spoil, but I can  assure you it really works.

Gene Hackman gives a truly brilliant performance as Harry, he’s paranoid, secretive, distant even with his friends and loved ones and obsessed and the best with his work. The movie is basically on his character’s shoulders and his character is interesting and the screenplay allows him to have some great character moments. A pre-Star Wars Harrison Ford is excellent as a snide and almost creepy assistant working for the man who hired Harry, and even the various supporting characters are interesting and get character development, with some great performances from John Cazale and Allan Garfield. One of my favourite sequences of the film is when a group of friends go back to Harry’s workplace for drinks and just hearing them talk about work and themselves builds their characters and also furthers the plot.

From a technical perspective the film is also near-perfect, Coppola’s direction is stellar as expected. The opening slow camera zoom in as the opening credits roll immediately gives you a surveyor perspective and puts you in the shoes of Harry himself as his job allows him to essentially see and hear everyone. The close ups and slow camera movements at times give a sense of claustrophobia and a constant sense of being watched and again surveying and listening in at all times. The score and theme is also memorable and really adds atmosphere.

‘The Conversation’ is a damn good thriller and a film I really think deserves more attention and I highly recommend you give it a watch.