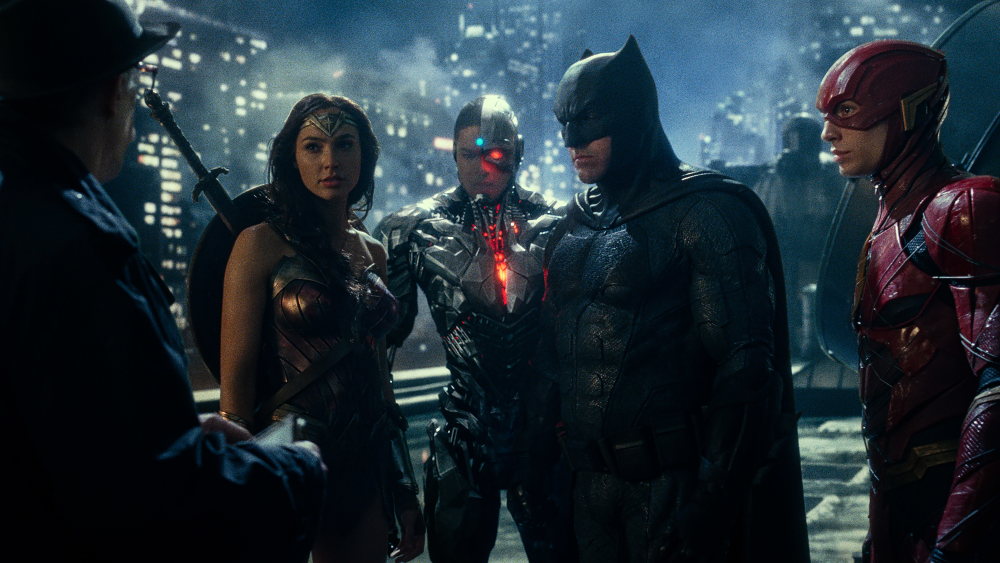 After years of speculation and fan pressure -- in the form of petitions and the hashtag #ReleaseTheSnyderCut trending several times -- could the mythical Snyder Cut of Justice League (2017) be gearing up to hit HBO Max? There seems to be growing momentum behind this story and since Snyder himself and the cast shared photos on social media confirming that the cut does exist, it was only a matter of time before fans got to see it... but is it that time?

Famously, while shooting was taking place on Superman: The Movie, which was being shot simultaneously with Superman II, director Richard Donner was replaced with Richard Lester. Donner had completed filming on Superman: The Movie and had shot most of Superman II, but a falling out with the producers led to his dismissal. Lester boarded the project, finished off the sequel but then re-shot numerous scenes and added to the film so that he could be credited as director. Once set-piece that was added was the Eiffel Tower rescue that would be the catalyst for the main plot as Superman hurls the elevator into space just in time as the nuclear device explodes with the shock-wave freeing the imprisoned Kyryptonian criminals - General Zod, Ursa and Non. Why is this tangent important to the Synder Cut story? Well, the Eiffel Tower sub-plot didn't exist in Donner's intended version of Superman II. Donner's movie would see the Kryptonians escape the Phantom Zone due to the Man of Steel thwarting Lex Luthor's plan in the first film when Superman intercepts one of the ICBMs and throws it into space. This action saves Hackensack, New Jersey, but as the missile spins into space it detonates and the shock-wave breaks the Phontom Zone setting Genral Zod and his comrades free to begin the plot of Superman II.

The 1980 sequel Donner was planning to put on the screen was different in larges ways to what ended up being released after Lester had completed the movie. For decades, fans had been clambering to see the "Donner Cut" of Superman II, much like fans have been desperate to see the original vision for 2017's Justice League - The Snyder Cut. Eventually,  in 2006, the Donner Cut of Superman II was released on DVD as part of the marketing push for Bryan Singer's Superman Returns which, when lined up, would be more of a direct sequel to the Richard Donner version of Superman II, more so than the released Richard Lester movie we all knew growing-up. There had been precedent for a different cut to receive and official WB release and, since the story behind both productions share similar beats, it seemed only a matter of time before the Snyder Cut would be available to fans and it was unlikely it would be a 26 year wait.

Fast-forward to 2020, three years after Justice League tanked at the box office, and it looks very likely the Synder Cut is coming. However, there are still issues. It has been reported that Synder has recently met with executives to show them his current cut but the film requires anywhere from $20 to $30 million to complete. Due to the 26 year gap between the theatrical and Donner Cut of Superman II, and the tragic passing of Christopher Reeve, meant additional filming for the Donner Cut was off the table so the filmmaker and his team worked with what they had, deleted scenes, screen test footage etc., to produce the cut and that's a similar situation the Synder Cut finds itself in. The film, much like the Donner Cut, is watchable and could be enjoyed by fans with the understanding some scenes are not finished and cobbled together, but it's still far from a polished product that would be traditionally acceptable for a release. From what's being reported the Synder Cut as it is now would be a bit like the X-Men Origins: Wolverine workprint that leaked out before the films release with production notes and unfinished CGI.

But why is this all suddenly back in the news again? Well, HBO Max launches at the end of the month and there's a big rumour - that feels more than a rumour - that the Synder Cut may be coming to HBO Max - at some point.

There are many issues with this, though. If the version released is not the workprint and a finished product, it would require a lot of money to complete. Plus, re-shoots etc. and with the global lockdown this is not on the table, currently. A streamer like HBO Max may be willing to foot the bill to complete the film, there are even suggestions it could be completed and fully realised to turn it into an "event" mini-series - which would be awesome, miss the massive "event television" mini-series. But that's only if live-action shooting could take place if it's needed.

At the end of the day, be it within the next 12-18 months, of 26 years, there's no doubt the Synder Cut in some form will be released. It's happened before and it will happen again as they say.