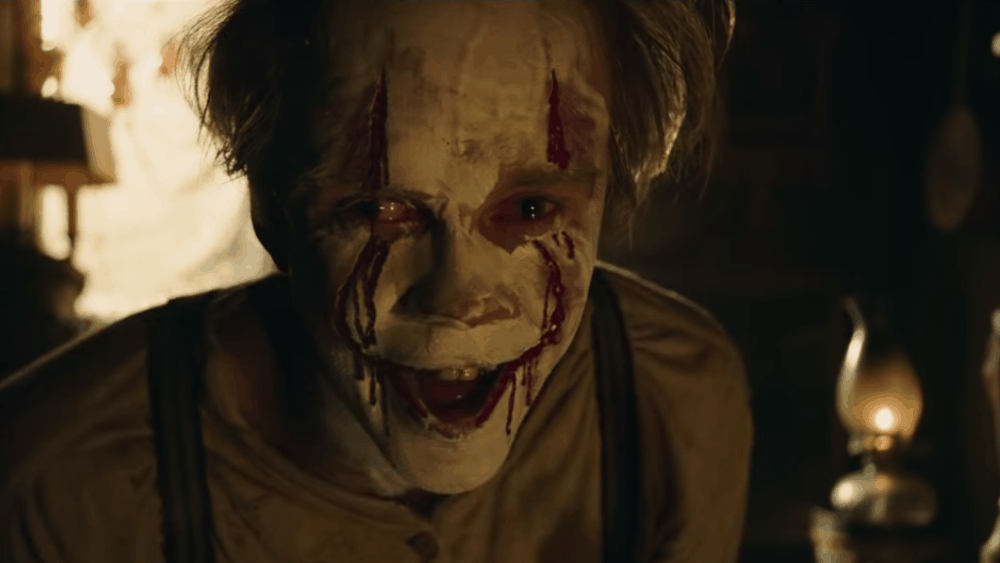 IT Chapter Two Reactions Are Here

In 2017, Stephen King's 'IT' hit the big screen as Andrés Muschietti brought the terror of 'Pennywise' to life for a new generation. The first chapter received rave reviews, scoring 86% from critics on Rotten Tomatoes and receiving an 84% audience score. Now, in 2019, audiences will return to 'Derry' -- 27 years later -- for the terrifying conclusion and the reactions to press screenings have hit social media.

#ITChapterTwo is awesome. The adult cast is perfect and loved the way the film mixes in the old and new. I don't want to say too much because most of you are going to see it. Congrats to everyone that worked on it for a job well done. pic.twitter.com/b8yFZe3FzU

#ITChapterTwo is a terrific companion to #ITChapterOne. Similar vibes, great ensemble chemistry w/ a nice mix of humor and horror. Part 2 plays heavier in tone, dealing w/ defeating the burden of childhood trauma, & I definitely teared up at the very end. Bill Hader steals it pic.twitter.com/bjiwtJufNQ

#ItChapterTwo feels a bit too familiar & suffers from retread, but is carried by an outstanding cast, especially that of Bill Hader. Pennywise is more fun here than scary, offering up plenty of Freddy Krueger vibes. Still, it’s not afraid to be dangerous. Feels unnecessarily long pic.twitter.com/nfVpNhB292

So #ITChapterTwo was pretty damn great & the ending left me in tears. There are some excellent set pieces (finale had me holding my breath at times) that got under my skin & I think the adult Losers are awesome. Relies a bit too much on flashbacks tho but fans should be happy.

There's also plenty of hype around the performance by Bill Hader who takes on the fan favourite role of 'Richie Tozier'. By all accounts, Hader steals the show.

Twenty-seven years after the Losers Club defeated Pennywise (Bill Skarsgård), it returns to terrorize the town of Derry once more. Now adults, the Losers have long since gone their separate ways. However, the kids are disappearing again, so Mike (Isaiah Mustafa), the only one of the group to remain in their hometown, calls the others home. Damaged by the experiences of their past, they must each conquer their deepest fears to destroy Pennywise once and for all... putting them directly in the path of the clown that has become deadlier than ever.

Are you excited for 'IT Chapter Two'? Will you be returning to 'Derry' opening weekend? Let us know in the comments below.