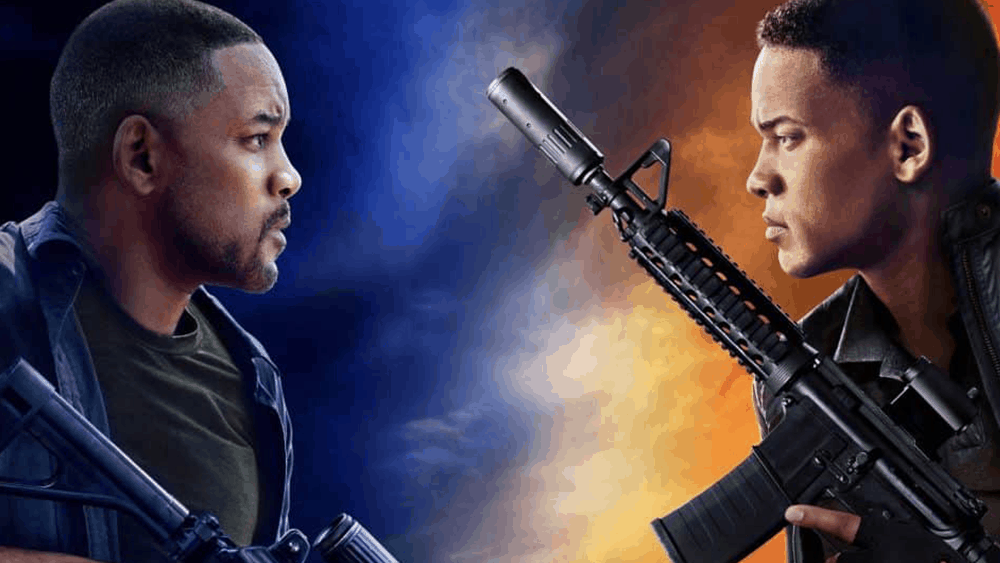 ‘Gemini Man’ follows Henry Bogan (Will Smith) an assassin who becomes the target of a mysterious operative who seems to know his every move and where he will be. To his horror it turns out that the operative is a younger clone version of himself.

It’s immediately apparent just from the premise alone that ‘Gemini Man’ isn’t going to be anything special. The whole premise of the film alone is outdated due to the fact the de-aging technology has become a staple of blockbuster movies including the Marvel Cinematic Universe and Star Wars franchises and they actually manage to do it better here than a whole film based around that gimmick. I will say in some scenes (normally the night time sequences) that the younger Will Smith CGI is impressive and very convincing and well done. However in the final scene especially it looks terrible, like a video game character has been inserted into the scene and when in focus you can see that it doesn’t look really as accurate as it probably could or should. The acting is fine, at times Smith seems like he’s phoning it in with very unenthusiastic line delivery, Clive Owen is also the same. Mary Elizabeth Winstead and Benedict Wong are more enthusiastic and engaging as the two main supporting characters.

The action is fine, nothing spectacular at all, aside from one excellent bike chase sequence which is very well choreographed and shot (again the dodgy CGI does rear its head though). There are a couple of good punch ups, but the camera is too close at times and all the gunfights are generic and nothing special. Also speaking of the way the film is shot, the film has been released in 2 different versions in some places with a 3-D + high frame rate version also available, and you can tell that the film was specifically shot for that version with some of the scenes and I guess I can give Ang Lee credit for pushing that technology forward even though I didn’t watch that version. Honestly though I wouldn’t bother seeing this in IMAX or any expensive version because I imagine the poor CGI moments will be even more noticeable.

I can’t give him credit for thinking that this script and story was any good though, because its not. I found out recently that this film had been kicking around the industry for years and years and has been passed from writer to writer and director to director. The plot is generic and basic yet presented in the most convoluted and messy way, the characters constantly location hop all over the place, with no real urgency or tension-building whatsoever as they seem to stop off at a cafe or restaurant to get drinks and just chat. You won’t know who they are talking about at times (or care), the villains are completely forgettable and their motives and background have no development at all. The dialogue is really bad and cheesy at times, filled with repetitive and constant exposition and uninteresting generic babble which you won’t care about.

‘Gemini Man’ is a bit of a slog to be honest and is actually a bit worse than I expected. I can appreciate the dedication to the technology and there are moments of cool action, however its forgettable and messy plot and uninteresting characters and dodgy CGI despite the time and dedication to it make this not worth your time.