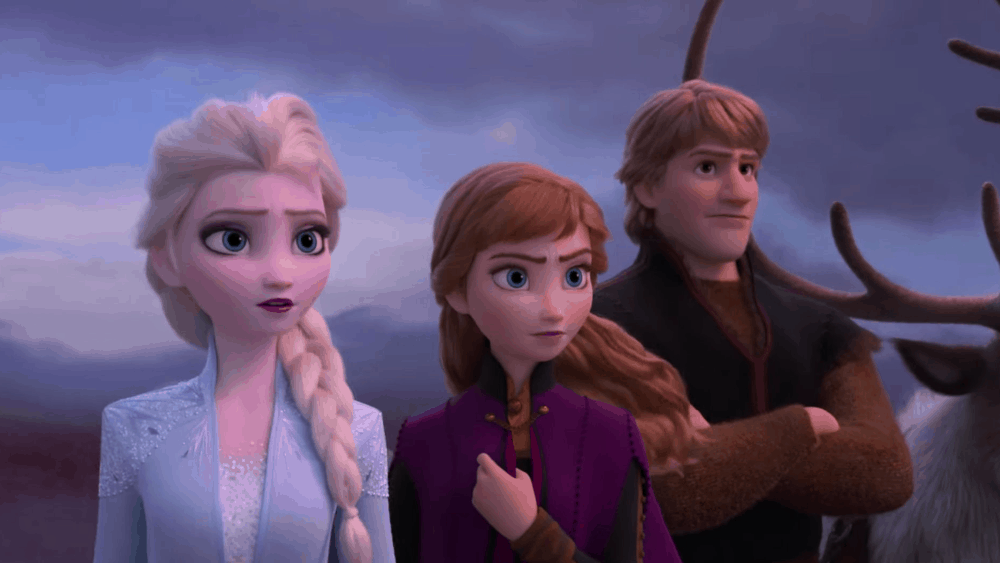 Disney's 'Frozen II' continues its phenomenal run at the top of the box office charts as it pulled in another $34.7m at the domestic box office taking its domestic haul to $337.5m. So far the animated sequel has scored $919.6m worldwide ($582.1m from international markets). The film is already the 8th highest-grossing movie of 2019 globally one place behind Disney's 'Aladdin' which ended its theatrical run on $1.050bn. In 2013, the first film became an international phenomenon, clocking up $1.274bn worldwide and launching one of Disney's biggest brands, and at this rate, the sequel should match or better the box office of its predecessor. Review wise, 'Frozen II' holds a 78% Critic score on Rotten Tomatoes, against the 90% the first film received in 2013, but the audience score is higher, with the sequel sitting on 92% versus the 85% of the first. However, two major factors affect this, the audience score for 'Frozen' (2013) has been open for 6 years and since 2013, RT has added verification to the mix limiting how many audience members can cast a vote. So basically RT is worthless for comparison. IMDb scores are currently, 'Frozen' (2013) 7.5/10 and 'Frozen II' 7.3/10. Also, Disney is about to break another box office record, a record it set, as the studio is about to cross $10bn worldwide, the first studio to achieve this and it still has 'Star Wars: The Rise Of Skywalker' still to come. 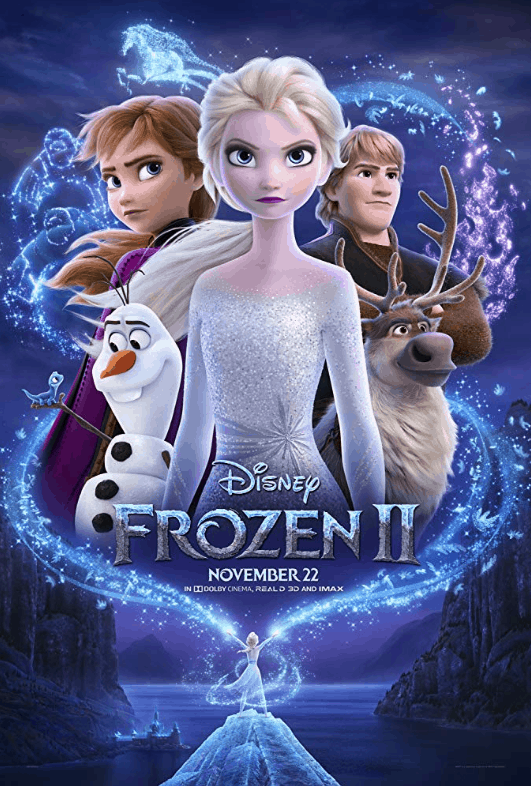 Knives Out, from Lionsgate and director Rian Johnson, continued its solid run, bringing in another $14.2m to take its domestic gross to $63.4m with $60.6m grossed worldwide, the "Who Dunnit?" is sitting on a global tally of $124.08m which is set against a production budget of $40m.

20th Century Fox's release of 'Ford v Ferrari' has now grossed $91.1m domestically and $76.5 internationally for a total of $167.6m at the worldwide box office. While the film cost a reported $97.6m -- excluding marketing -- and would need to finish on around $220m to breakeven, once an estimated marketing spend is factored in, it's still a half-decent box office run in for an award contender in a year dominated by giant IPs. Much like 'Knives Out', there is an audience for dramas and original movies if dropped at the right time, and providing the budgets are kept realistic and the right cast and crew are attached, the films can be a success for the studio. 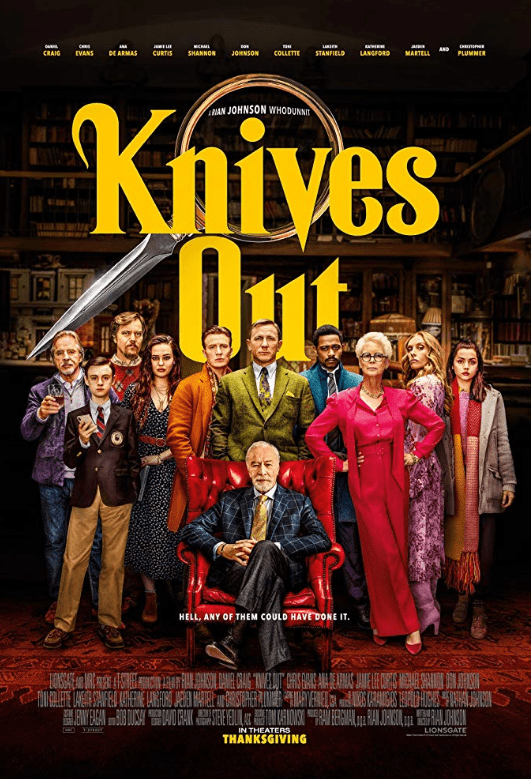 What 2019 has shown, through the box office takes of 'Charlie's Angels' ($55.9m w/wide vs. $48m budget), 'Terminator: Dark Fate' ($256m w/wide vs. $185m budget) that even getting the budget tight, in the case of 'Charlie's Angels', doesn't guarantee success, but more importantly, add the under-performance of 'Men in Black International' to the mix, along with a few others, and it would suggest studios should take punts on more original projects as the IPs they've hung their hats on are just not pulling in the crowds. Many of these IPs have seen their brand power severely diminished over the years with bad franchise entries, lack of content/interest in general.

Then, when they return to the screen, the offering is a very similar experience to what the current dominators are delivering so they feel redundant. 'Joker' delivered something different compared to its peers and was justly rewarded. Even though it's a DC IP movie, DC on film has been all over the place in terms of success, but by topping $1bn, Todd Phillips' 'Joker' proved there is a hunger out there or something a bit different... even 'Logan' and 'Deadpool' showed that. However, those are still driven by the DC and Marvel brands. So, even if studios still wish to go down the route of throwing out new films based on old screen IPs like 'Predator', 'Terminator', 'Charlie's Angels' etc. movies, they need to do something different with them, set themselves apart, mix it up, twist the genres. They can't just provide pop-corn action -- and re-hashed storylines -- and hope to succeed. 'Joker' succeeded as it was a gritty '70s/'80s drama. 'Logan' was a take on classic Western themes. 'Deadpool' was a much-needed parody of superhero films. But then there's also 'Ad Astra', which failed to make a dent at the box office, only grossing $127.1m and in a crowded marketplace, it seemed there wasn't room for a sci-fi adventure. 2019 has seen record smashed but also epic failures, raises the question, are studios simply pumping out too many films? Looking back at the '70s and '80s, there would be 2-3 major films released a month, with some months only seeing one big-budget film hit the big screen; now, it's 2-3 a week. Thrown into the mix the fact that TV/Streaming shows are crushing it at the moment in terms of production quality and storytelling, and the big screen also-rans this year seem even more redundant and low quality. Ramble over. 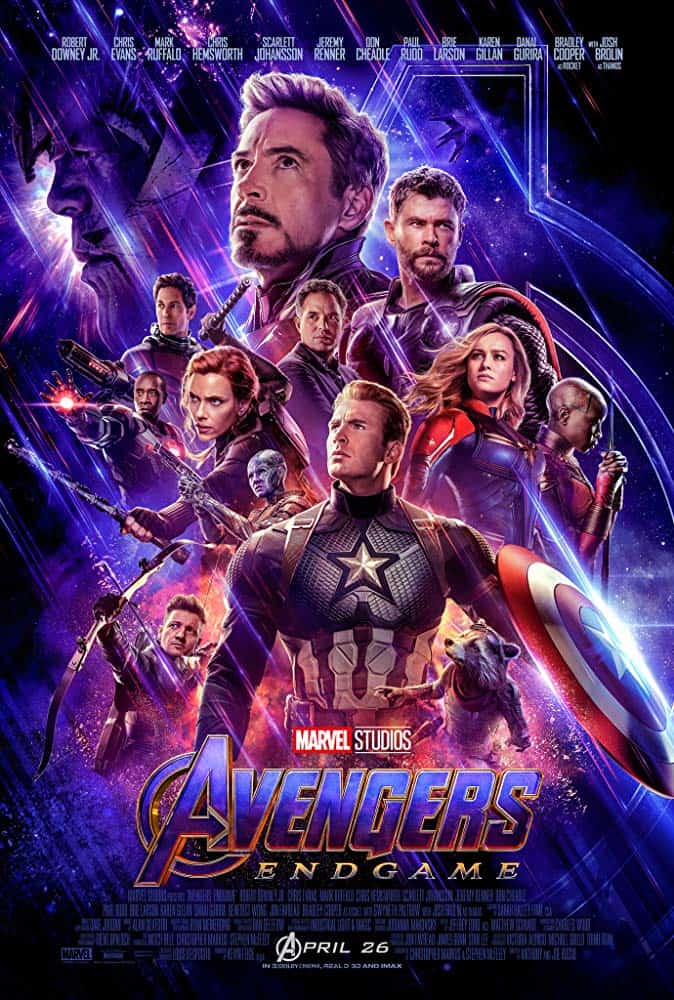