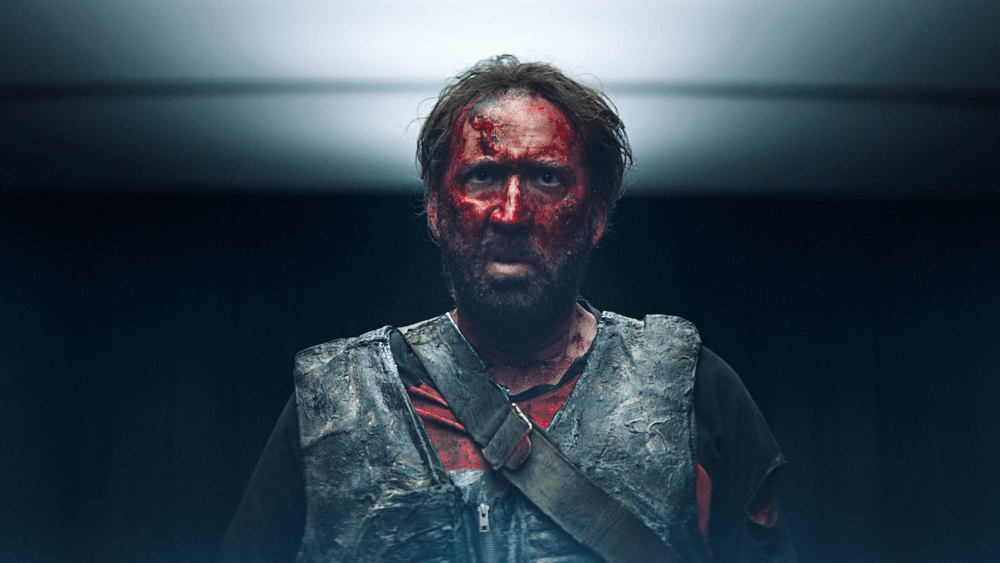 Pacific Northwest. 1983 AD. Outsiders Red Miller (Nicolas Cage) and Mandy Bloom (Andrea Riseborough) lead a loving and peaceful existence. When their pine-scented haven is savagely destroyed by a cult led by the sadistic Jeremiah Sand (Linus Roache), Red is catapulted into a phantasmagoric journey filled with bloody vengeance and laced with fire.

Mandy is written and directed by Panos Cosmatos (Beyond the Black Rainbow) and stars iconic Academy Award® winner, Nicolas Cage (Adaptation, Kick-Ass, Ghost Rider) in his most visceral role to date, alongside the stellar supporting cast of Andrea Riseborough (Birdman, Battle Of The Sexes) and Linus Roache (Batman Begins, Non-Stop). Co-produced by Elijah Wood (The Lord of the Rings franchise) it is also one of the final films scored by Academy Award®-nominated composer Jóhann Jóhannsson (Sicario, The Theory of Everything). 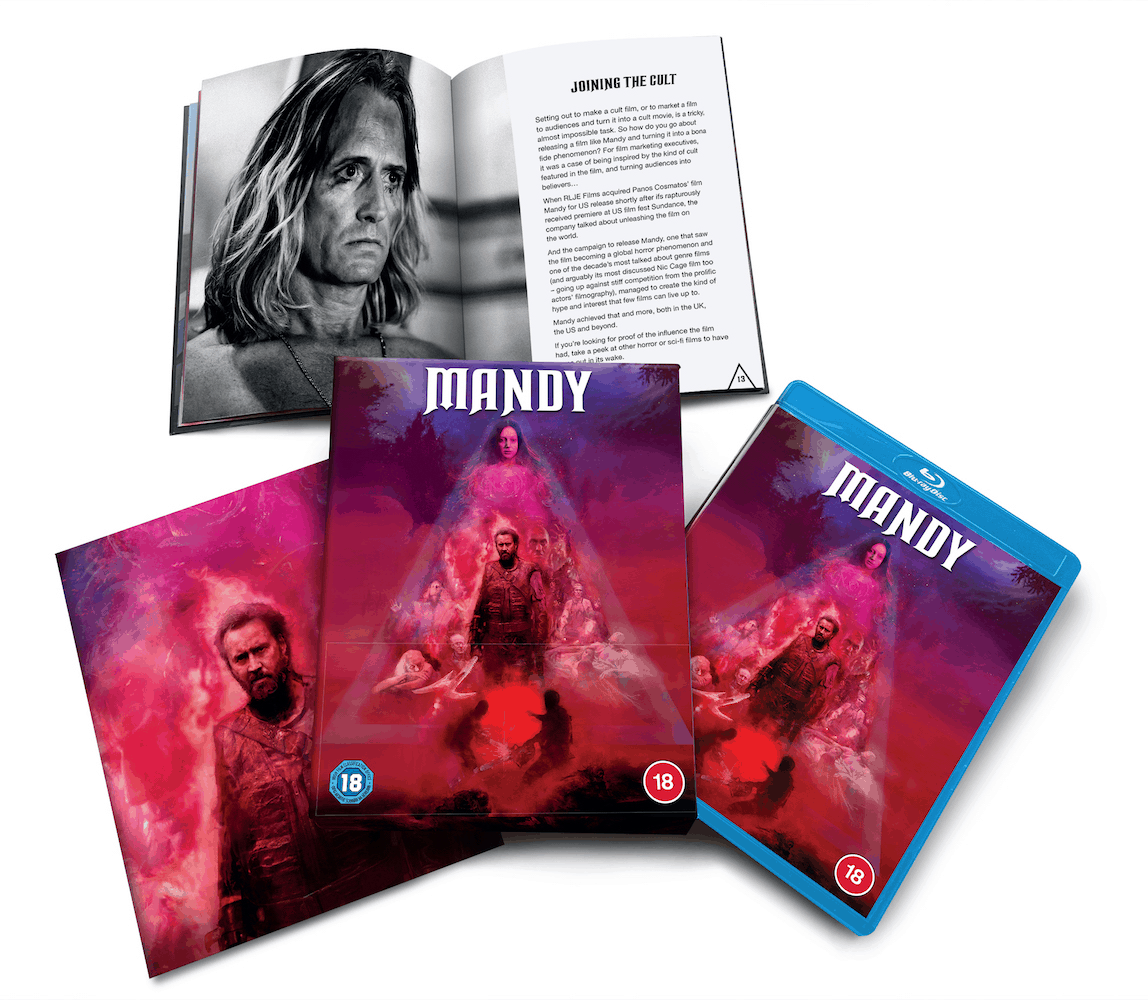