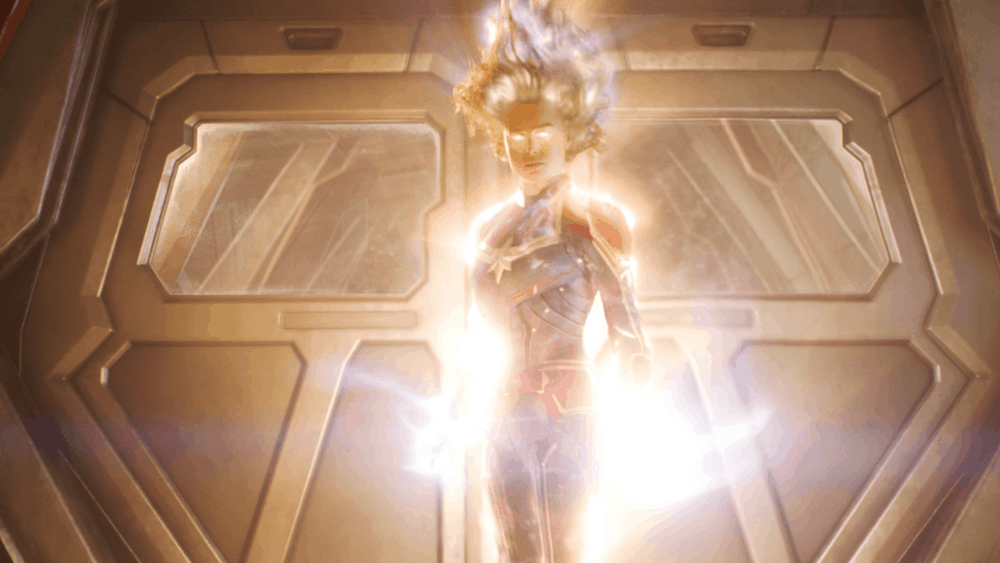 Last weekend the twenty-first Marvel Cinematic Universe film, ‘Captain Marvel’, hit the big screen. The MCU’s first female-led superhero flick started its global rollout on the 6th of March with several major markets receiving the movie on International Women’s Day and there has been quite a stir online. When looking around some fan groups, ‘Captain Marvel’ is almost Schrödinger's Film, a movie that seems to exist in two separate states simultaneously as both the best and worst movie the MCU has produced.

We opened a review poll in the group and over the last 5 days members have been rating the film out of 5 and leaving comments to express their views on the film.

“loved every minute and just can't wait to see it again. Didn't think it would be any good tbh was pleasantly surprised.” - Heather

“…the makeup and CGI was outstanding. The movie started out slow but quickly gained my interest when the Skrulls were introduced to Earth. Definitely not a disappointment of a movie.” – Tyler

“Very solid origin film. I was getting Thor 1 vibes from it, but done better. All of the acting was good, loved all of the characters, really like what they did with the Skrulls. The action was good, not epic but still pretty good, the story was interesting, and the visuals were top notch.” – Robert

“Starts out slow, but I believe that to be intentional so that the audience can see Carol’s growth from her bland alien military style all the way to when she finds her true identity, and that’s where the movie really shines. Couple that with great CGI work, 90s references, and an outstanding support cast (outside of one character’s flat acting), and this movie is amazing!” – Mikey

‘Captain Marvel’ was like watching a really good '80s/'90s tribute band. It smashes out all the hits and beats you’d expect, ticking off nods to films like ‘Top Gun’ and ‘T2’ as well as checking all the MCU boxes and is a reasonably enjoyable light-weight ride while it's on the screen, but ultimately it lacks its own voice and whether intentional or not - due to the film being set in the '90s - plays far more like a phase one film rather than what's come more recently. It feels like there wasn't a strong creative vision for what the film should have been thematically or enough thought behind its own unique reason to exist beyond serving as a quick intro to ‘Carol Danvers’ before ‘Endgame’.

Marvel Studios has developed a winning formula, one it has handed out to creative teams (some that were considered "risky" at the time) who have taken the basic taste and added a dash of brilliance to the mix. Directors like James Gunn, the Russo Brothers and Taika Waititi have used the basic formula and added their own flourishes and flare, whereas the creative team behind ‘Captain Marvel’ seem to have taken the recipe and handed it back unchanged, just in a different can. Which is a shame as some of the stars of the film really go for it and seem to have been sold a little short.

On the surface, the film is a bombastic summer blockbuster come early, filled with quips, action, colourful special effects, but scratch a bit deeper and it’s pretty shallow compared to some of its peers.

Set in the ‘90s, ‘Captain Marvel’ was geared to play as a fish out of water story but only touches upon that concept, never really diving into a ‘Suburban Commando’/’Splash’/’Star Trek IV’ narrative too much aside from a couple of nods and jokes at the expense of ‘90s tech. Being from Earth, ‘Carol Danvers’ would not have been that much of an out of water fish, however, it transpires she has been with ‘The Kree’ for 6 years and suffering from a heavy bout of amnesia, so it would have been interesting to see that kind of film, but then again ‘Thor’ did run with a similar concept previously, albeit not set in the ‘90s. When really considering the plot, the ‘90s has no real bearing on it at all, neither creating any decade-specific challenges to overcome nor providing any lessons; it’s simply an inert back-drop. Due to the characters' access to alien tech the ‘90s setting didn’t create any constraints or obstacles, for example, there wasn’t any situation in which the villain of the piece posed a threat that needed to countered, only for our heroes to resort to clever use of what was available in the ‘90s; it is MCU business as usual. Not a deal breaker at all, it’s just a shame the period setting was reduced to a few heavy-handed nostalgic nods and winks; feels a bit of a wasted opportunity. 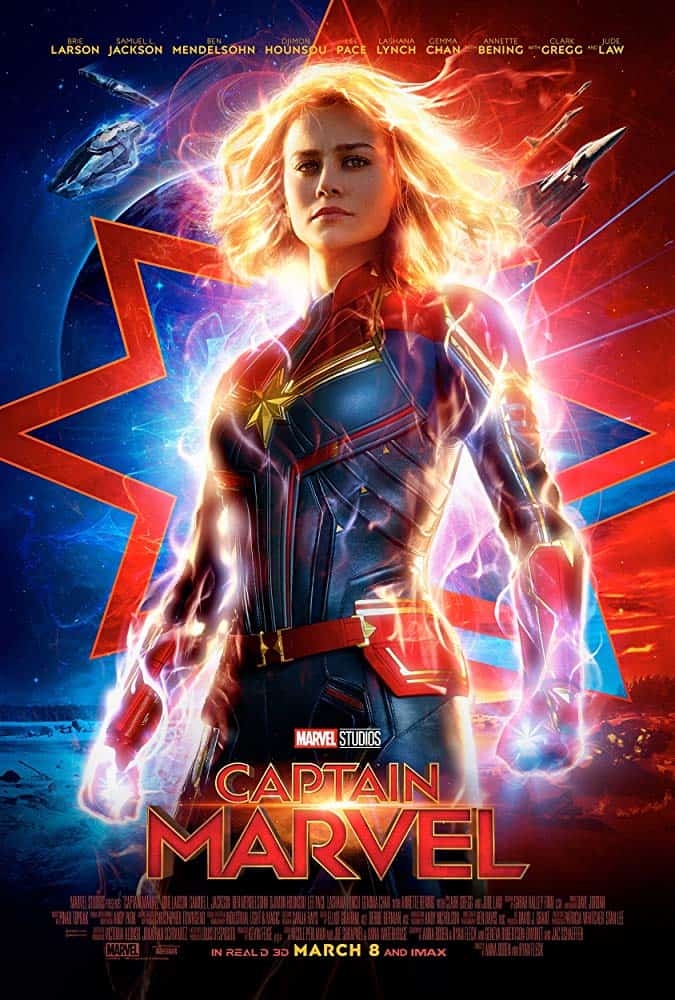 Brie Larson does a good job for what's asked of her by a pretty bland and generic script that really didn't aim to craft 'Captain Marvel' into a unique character beyond her climatic power-level. Sam Jackson does a fantastic job, really channelling his ‘90s performances to make ‘Nick Fury’ feel youthful in persona to enhance the great CG and make-up used to de-age him. Ben Mendelsohn was great, very sympathetic and complex. Jude Law did what was needed and added some intensity but the character was pretty basic. Lashana Lynch, who plays ‘Maria Rambeau’, adds a solid POV character to the proceedings. 'Goose' got all the laughs from the audience I watched it with. All that said, there was very little special about the dynamic between them all, by the numbers stuff with flimsy relationship building.

Unfortunately, especially when it comes to the characters and their relationships, MCU films will always be held to a higher standard than some other similar movies as the studio’s track record has been so astonishingly consistent, especially since 2014.

Films like ‘Guardians of the Galaxy’ presented the audience with complex, deep, rich characters with quite negative backstories that provide motivation and drive. ‘Nebula’ is one of the MCU’s most interesting characters, she’s a victim of child abuse, neglect, a sibling rivalry against a golden child (‘Gamora’ is also a victim of an overbearing father figure who applies too much pressure like those parents who push their kids too hard to win spelling bees etc.) and has a solid arc set-up that will eventually be paid-off. ‘Tony Stark’ is a victim of his own ego and self-destructive tendencies. He’s grown over the last decade and we even saw the damage being a hero can cause with his PTSD storyline in ‘Iron Man 3’. If you think about the backstories of all the strongest characters (not as in power level) they’re all victims and have serious challenges to overcome, making them complex. ‘Carol Danvers’ had the scope for this in her backstory, but unfortunately, the script didn’t focus enough on this aspect. ‘Carol’ is the victim of coercive control but with multiple themes stepping on each other’s toes (including the one relating to the twist which was decent and mixed it up a bit), the use of sporadic montages to visualise the past in micro-snippets and a frantic rush to get to the next action set-piece during act one, neither the controlling relationship nor past prejudices faced gain the weight required, so when the pay-offs did arrive they rung a tad hollow. It’s not like the film had to stay super kid friendly either, the MCU has gone to some dark places before while still delivering light-hearted crowd pleasers, so again the creative team need to shoulder the responsibility there. 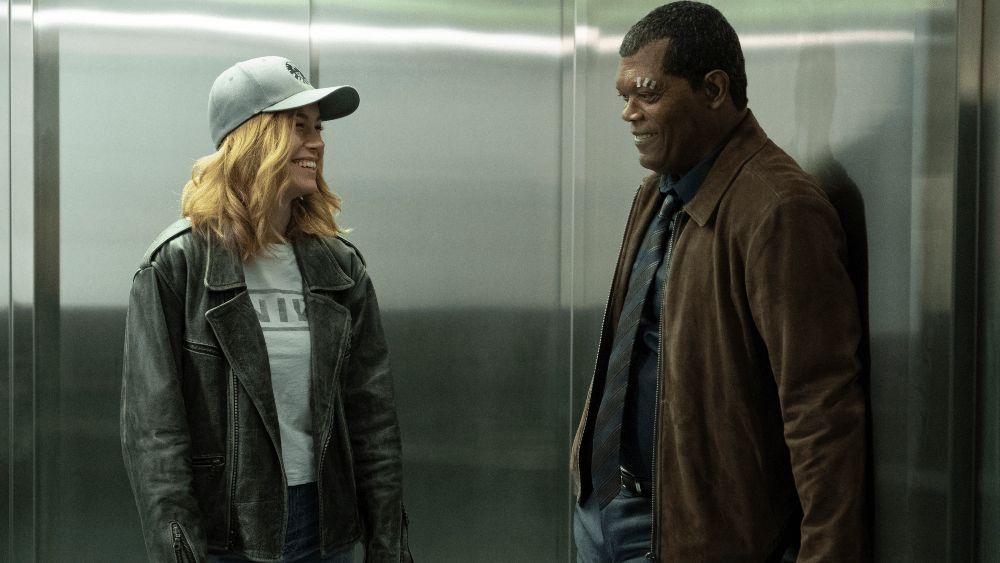 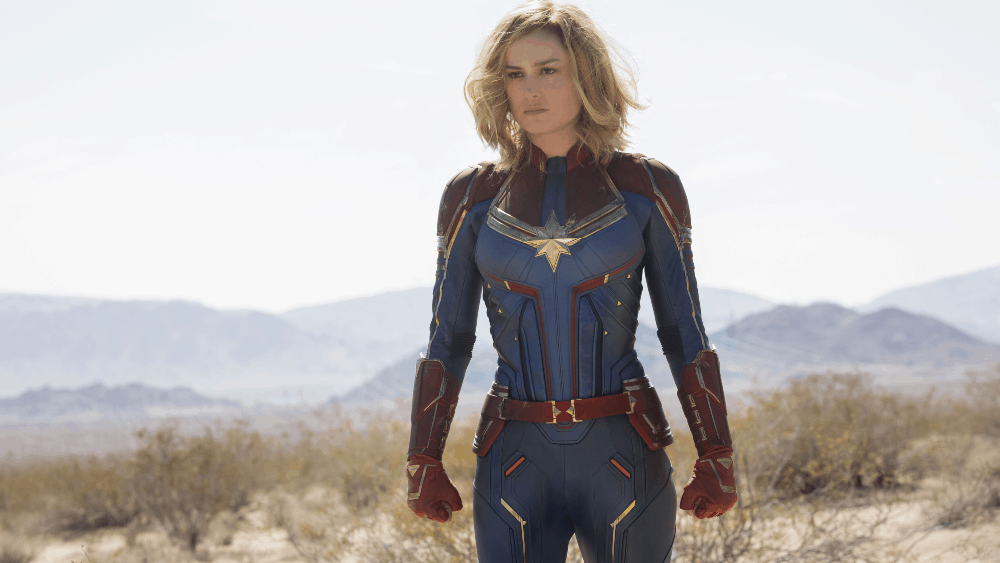 Overall, ‘Captain Marvel’ ticks all the boxes and has a couple of nice twists and turns (very obvious ones, but nice nonetheless, would have been better if 'Danvers' came to realise the twist rather than it be told to her, but it is what it is now) but didn't really nail those key factors that have hooked audiences in for over a decade, the complex feels and deep characterisation.

All the right elements were in the mix, just none of them done that well or focused on in any meaningful way, it all felt very surface level and cliched as too much was crammed in resulting in the deeper themes being glossed over and character building being sacrificed for action. That said, the action is relentless during act one and three but screeches to a halt in the middle when everything is told during long exposition dumps making the film feel even slower in the middle; by then it's too late to develop as much investment as there could have been and it messes with the pacing.

The audience knows the answers to most of the mystery elements way in advance of 'Danvers' so nothing is interesting about her discoveries along the way.
Motivations are thin/ambiguous, characters appear out of nowhere - always appearing in the right place when needed - and the CGI by the end looks like ‘Superman Returns’. Most disappointing of all, ‘Carol Danvers’ begins and ends the film the exact same character just with hyper-charged powers. Far from the worst superhero movie ever made, but definitely a disappointment for me considering the MCU’s track record and the hype.
The film works as a 2-hour explanation as to why the character has been absent throughout the events of the last decade and that's about it.

It could be picked to death, the film does go against some established MCU facts, it made me question whether the writers have watched the MCU or cared, this is film 21 and a prequel so really did need some MCU lore experts in the room during the rewrites, does anything cripple the franchise, no, but during a hardcore rewatch then it will start grating. None of the little plot holes, retcons, contradictions or lazy explanations ruin the film individually but combined it does kind of say a lot about the creative team's lack of attention to detail going into the project and it makes sense why the film is so meh. I honestly don't think they really cared that much or perhaps they felt frustrated by the constraints so did whatever.

There’s far more that could be said, but this review has already dragged on, so time to end with a reference to Stan Lee.

The Stan Lee cameo was one of the best, perfectly tied into the time period and the tribute Marvel logo was beautiful. At the end of the day, everyone has and is entitled to their own views, Stan Lee created these characters to inspire us to be the very best we can be, to overcome adversity, be ourselves and harness our own individual gifts, but with the ever-present caveat that if we do harness our own full potential, “with great power, comes great responsibility.”