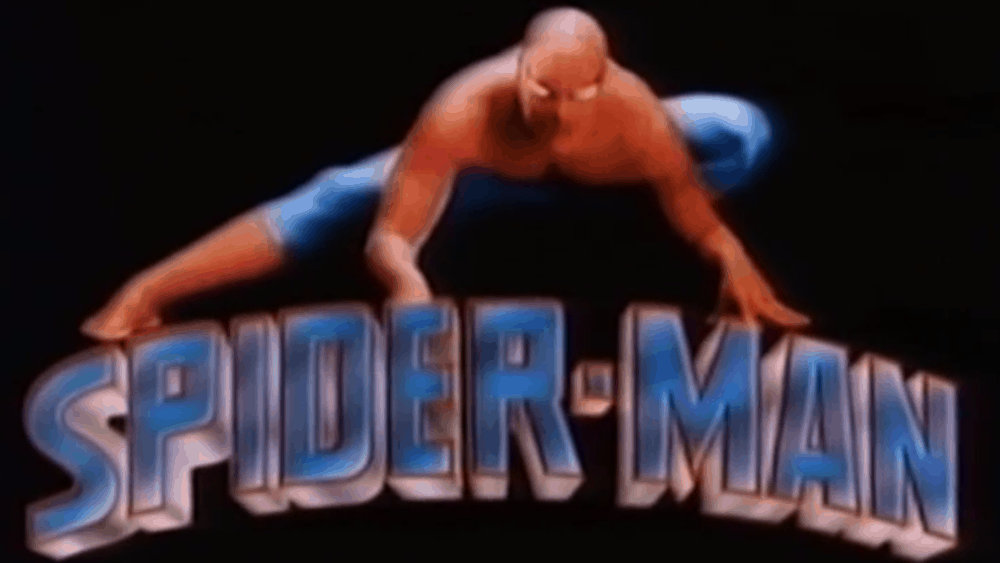 Cannon Films is one of the most notorious studios in film history. After Menahem Golan and Yoram Globus took the reins in 1979, the studio would go on to pump out some of the best bad movies - and some of the worst just plain bad movies - of the '80s.

Cannon is most famous for their run of action flicks starring Chuck Norris, the 'Death Wish' sequels, films featuring Ninjas and epic commercial failures such as 'Masters of the Universe' and 'Superman IV: The Quest for Peace', as well as a 'Spider-Man' movie, to be directed by Joseph Zito, that never made it to the screen.

This is the teaser for what was intended to be the iconic Marvel character's first major motion picture. How bad would this film have been? Well, it would have been produced by Cannon so it would have had less than half the budget required to even come close to bringing the character to the screen properly. Cannon was planning to spend $15-20m on it, that would not have been enough to produce a movie on the scale of a 'Superman: The Movie' ($55m) or 'Batman' (1989) ($35m) - especially with all the VFX and stunt work required.

What was worse than a potentially cheap adaptation was the producer's vision for the film. Worryingly, they seemed to be under the impression 'Spider-Man' was a horror character? In an interview, director Joseph Zito stated, "They [the producers] thought it was like The Wolf Man" and even pressed ahead with a story treatment based on this misconception. Leslie Stevens, the creator of 'The Outer Limits', was brought on to write a story outline in which 'Peter Parker' would become a radioactive suicidal, eight-armed monster and the movie would end up being a monster brawl as 'Man-Spider' takes on other mutants like in 'The Return of Swamp Thing' (1989).

Needless to say, Stan Lee went full 'Hulk' over this concept and demanded a new story, one that actually was based on the Marvel character. The next story concept from writers Ted Newsom and John Brancato would see 'Peter Parker' and 'Otto Octavius' caught up in an accident that gives 'Peter' his powers and turns 'Octavius' into 'Doctor Octopus'. Initially, Tobe Hooper was tapped to direct but as the production evolved, Cannon regular, Joseph Zito, was handed the reins and the script went through heavy rewrites. 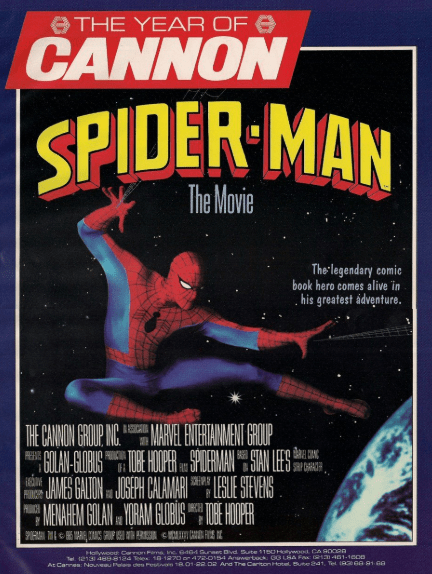 With Zito in pre-production, it was time to consider casting and while no one was ever officially cast, actor/stunt man Scott Leva was the guy in the suit for the promotional material and made public appearances as the wall-crawler. During development, Tom Cruise was considered as 'Peter Parker' with Bob Hoskins as 'Doc Ock', which would have made sense at the time as Cruise was the hottest rising young star and Bob Hoskins had credibility.

The production's spider-sense first started to tingle when Cannon's 'Superman IV: The Quest for Peace' and 'Masters of the Universe' films ran out of money and what was released bombed at the box office. The little studio that thought they could, had run out of steam. The studio slashed the budget for the Marvel film to $10m, forcing Zito to walk away knowing he couldn't honour the legacy of the character and deliver what the fans deserved with such a small budget. Cannon pressed on and reworked the script to fit the new budget. In an interview, Leva who was still associated with the failing production stated, "Ted Newsom and John Brancato had written the script. It was good but it needed a little work. Unfortunately, with every subsequent rewrite by other writers, it went from good to bad to terrible."

In the end, Cannon pulled the plug due to their crumbling financial position and they were bought out in 1989 by Pathe. As part of the buyout, Menahem Golan took the 'Spider-Man' rights with him and formed a new company, 21st Century Film Corporation. The producer dropped the budget conscious scripts and set about raising funds for a 'Spider-Man' motion picture working with a screenplay credited to Barney Cohen, Ted Newsom & John Brancato and Joseph Goldman (Golan's pen-name). He attended the Cannes Film Festival in mid-1989 and began pre-selling the production to raise the funds required to produce it (standard Cannon practice). The television rights were purchased by Viacom and the home video rights went to Columbia Pictures (who were acquired by Sony later the same year). Columbia Pictures wanted a franchise and 'Bill & Ted's Excellent Adventure' director Stephen Herek was attached to helm. The script submitted to Columbia Pictures in late 1989 was actually the 1985 screenplay with the date changed and once again it underwent rewrites with Frank LaLoggia brought onboard then replaced with Neil Ruttenberg for another rewrite.

In 1990, Stan Lee said, "21st Century [is] supposed to do Spider-Man and now they're talking to Columbia and the way it looks now, Columbia may end up buying Spider-Man from 21st Century."

Obviously, the film never got past the pre-production phase and then the story of the ill-fated James Cameron project begins.

One final thing, a name not mentioned in all of this is that of Albert Pyun. Albert Pyun was brought in while Cannon was still driving the production after Zito left. Pyun was lined up to direct both the 'Masters of the Universe' sequel and 'Spider-Man' simultaneously. With both productions scrapped, but $2m already spent on costumes and sets, Pyun was tasked with writing a film to use what had been produced and knocked out the script for the post-apocalyptic action film 'Cyborg' in a weekend.