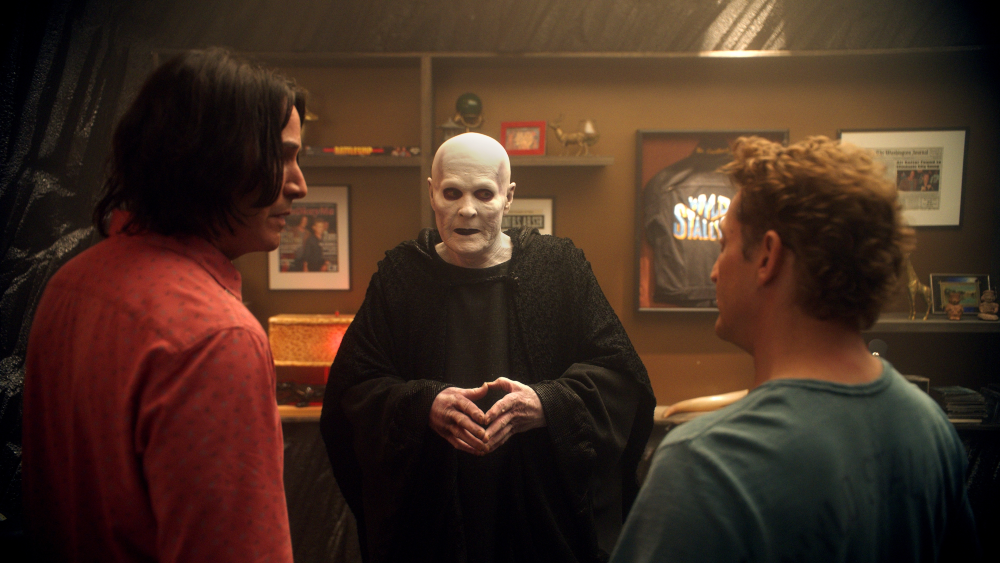 Bill & Ted Face the Music: Teaser Coming Soon But Could the Film Go Straight to Streaming?

EXCELLENT! Finally, after much patience from the fans, the trailers for the super anticipated Bill & Ted Face the Music are only a couple of weeks away.

For a film that is slated for a late summer release, fans had expected to see at least a teaser trailer come the turn of the year, however, so far nothing has been released. Alex Winter, when asked on Twitter, confirmed that the film is almost done and the trailers are ready to go.

Hey, thanks for asking. Everything is great in BT3 land. The cut is almost done and looks fantastic. Teasers and trailers are ready to go. Like every movie slated for this summer we had to stop and reorganize due to Covid. Teaser coming in a few weeks, news on release soon! https://t.co/UC09WbzpAJ

Sadly, though, with the pandemic still forcing lockdowns around the world, there will also be a release announcement made soon.

Bill & Ted Face the Music is set for a 21 August theatrical release but with theatres still closed and each country taking its own approach to opening back up, there's no guarantee that cinemas will be back to normal by the end of August leading some to think that the third epic adventure of Bill S. Preston, Esq. & Ted "Theodore" Logan will end up being a digital release. Bogus!

Trolls World Tour couldn't hit theatres due to the global lockdown and Universal were very pleased with the results of selling direct through VOD services. This summer's tent-poles such as Marvel's Black Widow, DC's Wonder Woman 1984 and Universal's F9, have all been pushed back to carve out big screen release windows, so not every film is eyeing a VOD release; the studios are committed to the big screen experience when it comes to their big budget blockbusters... these films have gargantuan budgets and the scope to rake in over $1 billion at the global box office.

However, Orion Picture's modest budgeted Bill & Ted Face the Music could be a success on VOD should August come and it still not be the right conditions for the film to succeed on the big screen. All the studios will be watching July closely as Christopher Nolan's TENET has yet to give up on its intended 17 July release date. The latest film from Nolan will be the first blockbuster to try to release since the outbreak and will be closely monitored by the industry. On 1 July, Unhinged, starring Russell Crowe, will be the first major new release since Coronavirus stopped the world in its tracks but it's a mid-budget film that's taking its chances, TENET, which many would expect to open big and pull in at least $650 - $800 million worldwide, will be the real litmus test.

Reporting on this, CNN interviewed analyst Jeff Bock who stated: "While major blockbusters are likely to stay in theaters, other summer films like "The SpongeBob Movie: Sponge on the Run" and "Bill & Ted Face the Music" could make their way to digital, according to Bock.

"We just don't know at this point what the world will look like in June and July, but what we do know is if studios are planning to release these films in theaters, they'd have to begin advertising them right now," ... "That's more money that they might be risking. That's why these some of these films make a lot of sense going straight to digital."