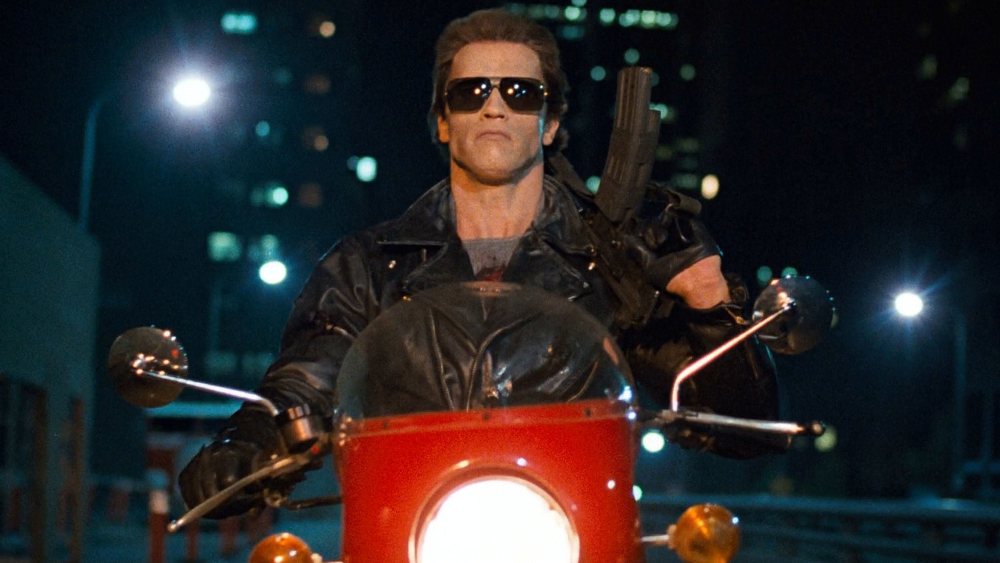 James Cameron's 'The Terminator' is considered one of the greatest movies from the 1980s and furthered Arnold Schwarzenegger's meteoric rise to the top! The film is a full-blown classic, so, here are 10 Things About The Terminator.

1. The Terminator, Rambo, Aliens and Conan 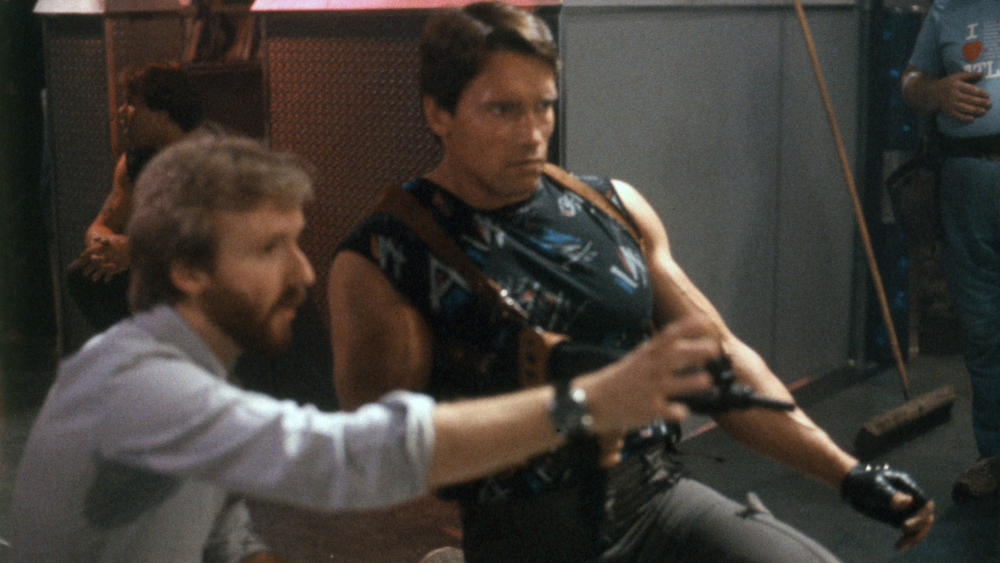 A common criticism of some more recent films is how chatty all the characters are, constantly, the T-800 didn't have this problem. Schwarzenegger only has 14 lines throughout the whole film, which makes sense, he's a cybernetic assassin not a quip machine. This was even less than the 24 lines from 'Conan The Barbarian' (1982).

James Cameron coined the term "Tech Noir" to describe films that take the tropes and elements of classic noirs and apply them to sci-fi, creating gritty sci-fi thrillers. The club in which the T-800 firsts attempts a hit on Sarah Connor was called Tech Noir as a nod. 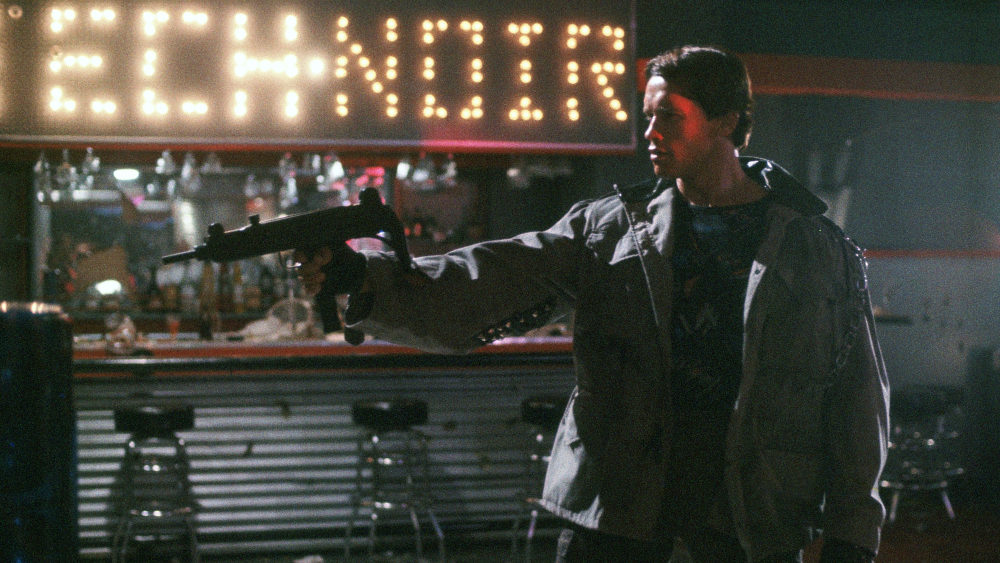 4. From fever dream to future war

While shooting the infamous flaying fish movie, 'Piranha II: The Spawning', James Cameron caught something and as we all know, sometimes when you get ill you can have very bizarre dreams. During his bout of illness, Cameron had a dream in which a metallic torso with knives was dragging itself from explosion towards him. This one horrifying image from a dream would be the catalyst for 'The Terminator'.

Originally, Cameron had conceived the T-800 infiltration unit to be depicted as just a face in the crowd; a killing machine in the guise of a regular looking person that could step out, kill, then vanish with little to distinguish them. This would be more logical as to why the units would be able to make it inside secure resistance bases. This concept art initially drafted used Lance Henrikson's likeness to convey this, however, while meeting with Arnold for the role of Kyle Reese, Cameron and Arnold hit it off and the director knew he'd found his Terminator, even though it would be a revised image of the character. James Cameron later said; "Casting Arnold Schwarzenegger as our Terminator, on the other hand, shouldn't have worked. The guy is supposed to be an infiltration unit, and there's no way you wouldn't spot a Terminator in a crowd instantly if they all looked like Arnold. It made no sense whatsoever. But the beauty of movies is that they don't have to be logical. They just have to have plausibility. If there's a visceral, cinematic thing happening that the audience likes, they don't care if it goes against what's likely."

During one of Kyle's dream sequences, the awesome future war scenes, we're shown a Terminator infiltrating an underground base. The future Terminator was played by Schwarzenegger's bodybuilding friend Franco Columbu who was also a multiple Mr. Olympia title winner. Columbu would also appear in 'Conan the Barbarian' (1982), 'The Running Man' (1987) and 'Predator' (1987). 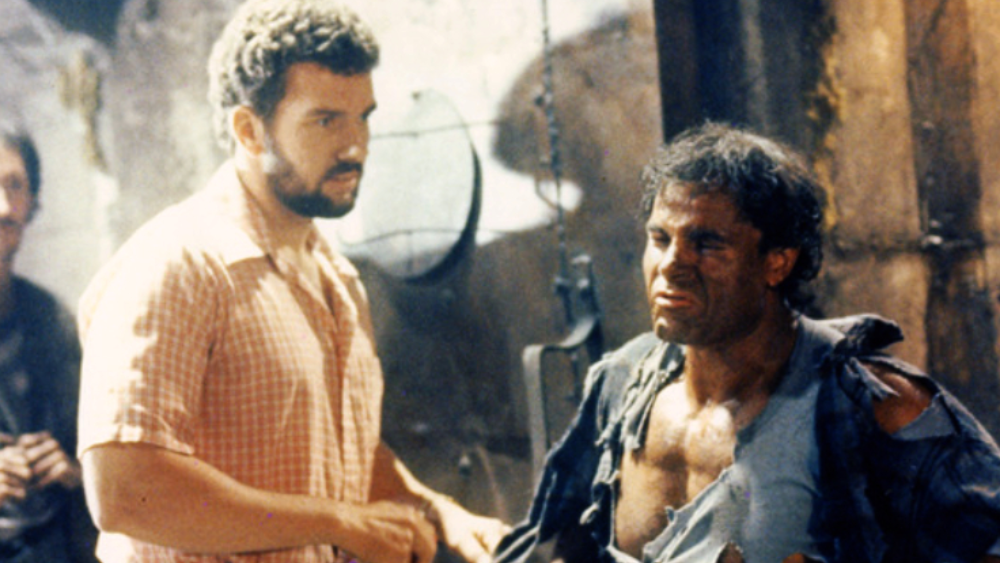 Schwarzenegger was going to deliver the now iconic line "I'll be back." as "I will be back." The actor felt that it would be more machine-like and awkwardly formal to not contract the line. Cameron wouldn't budge on it and said "I don't tell you how to act, so don't tell me how to write". This would become Arnold's most enduring line and he would use it in many subsequent films.

With budget limitations, James Cameron would shoot much of the film "guerrilla" style. There are scenes shot on the streets of L.A. where the "extras" didn't even know they were in a film and scenes were shot quickly to grab the footage and leave. The scene in which the Terminator punches the window of a car to steal it, was done without permits so the crew rolled up, Arnold was quickly directed to walk up to the car and punch through the window without even thinking if it was safety glass or not.

Stan Winston studios created the now iconic endoskeleton design. For close up shots, a head and torso was built that could be mounted on the shoulders of an operator who would be out of shot. 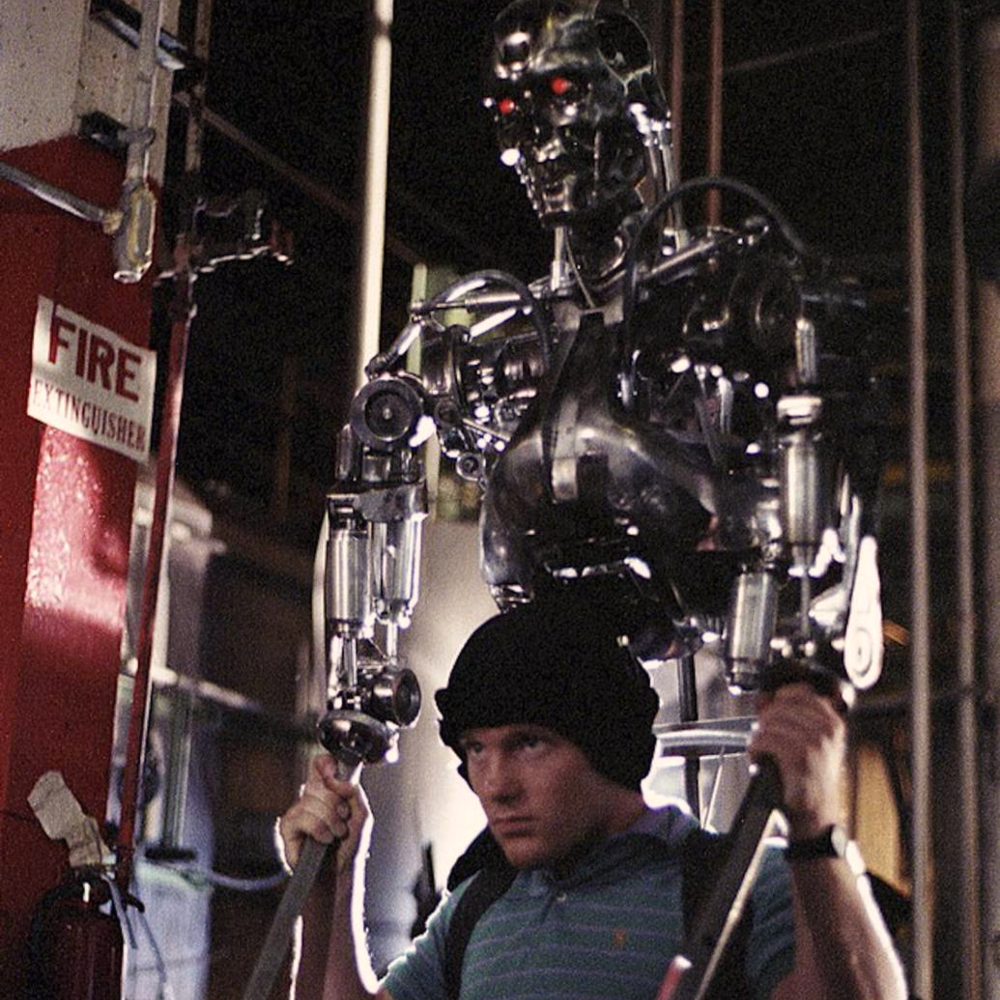 Originally, the film would have included an attempt to destroy Cyberdyne which would form the basis for 'Terminator 2: Judgement Day'. Cameron also considered the idea of a Terminator shapeshifting, but the stop-motion techniques at the time would never allow him to deliver his vision so that was put on ice and revisited once it was time for a sequel and Cameron knew CGI, after working on 'The Abyss', could achieve was he wanted.