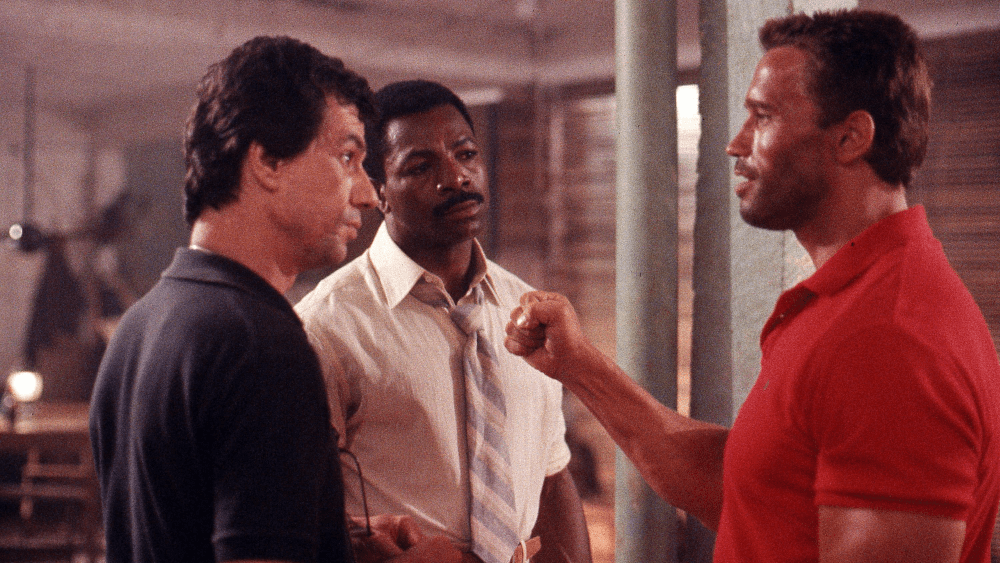 Predator (1987) is one of the greatest and most iconic action movies ever to come out of the 1980s. It's got Arnie, Stan Winston creature effects, and subverts the genre, going full survival horror, so, here are 10 Things About Predator.

To achieve the cloaking effect, the special effects team used a bright red suit that could be keyed out in post. Normally these days you'll see green suits for actors that need to be removed from the shot in post but because of the setting, a jungle, the crew had to go with red as it was the furthest from green. The shots were then captured again without the actors using a 30% wider lens on the camera and optically combined. The wider lens caused the light bending effect. 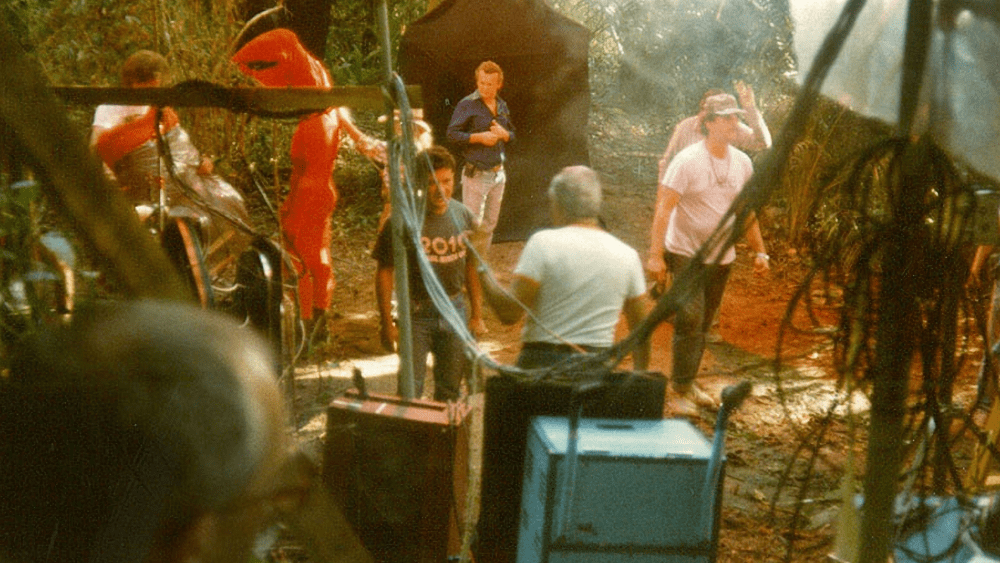 The concept of an apex, ninja like, alien hunter required a level of athleticism from the creature so the up and coming martial arts actor Jean-Claude Van Damme was brought in to put on the suit. This did not go well. The original suit design, which was eventually dropped as it looked like garbage, was not suited to Van Damme flexing his skills and was too hot so caused some tension on set. Van Damme would leave the production, with reports he was also fed up with the fact he'd signed on to be behind a mask, so Kevin Peter Hall (who can be seen at the end out of the suit as the chopper pilot) stepped in and got to don the iconic Stan Winston redesigned suit. 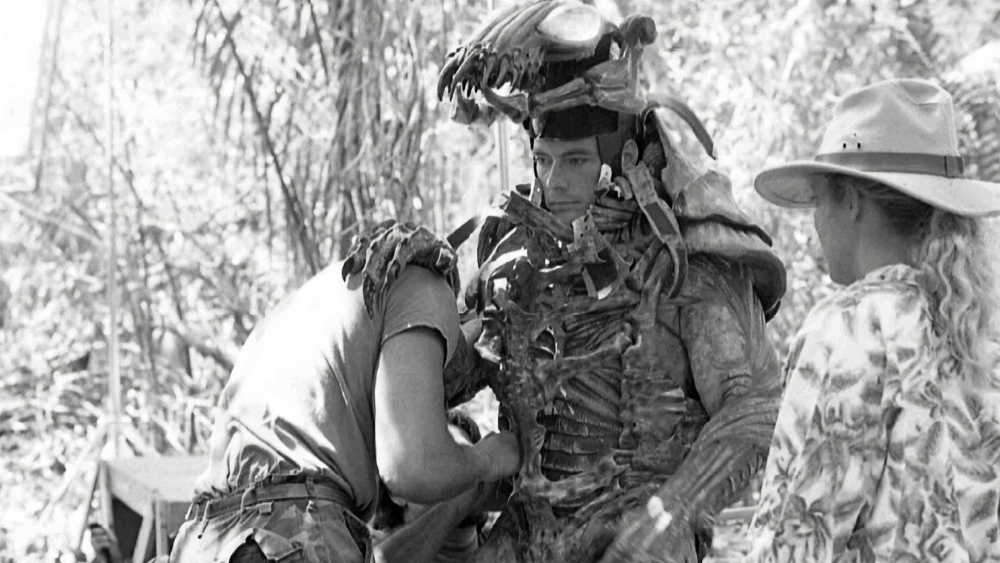 The famous line, "If it bleeds, we can kill it" has gone down in cinematic history. The effects team made the alien blood by combining KY Jelly with the liquid found in glow sticks.

4. James Cameron to the rescue?

The initial suit for the 'Predator' was not what any of the filmmakers wanted to convey the strength and menace of the creature. Stan Winston was tasked with a redesign. During a vaguely unrelated conversation between Winston and Cameron, the director said "You know, I've always wanted to see something with mandibles." Winston ran with this and with other inspirations, created another of his iconic designs. The genius was Stan Winston, but James Cameron will always take a little credit. 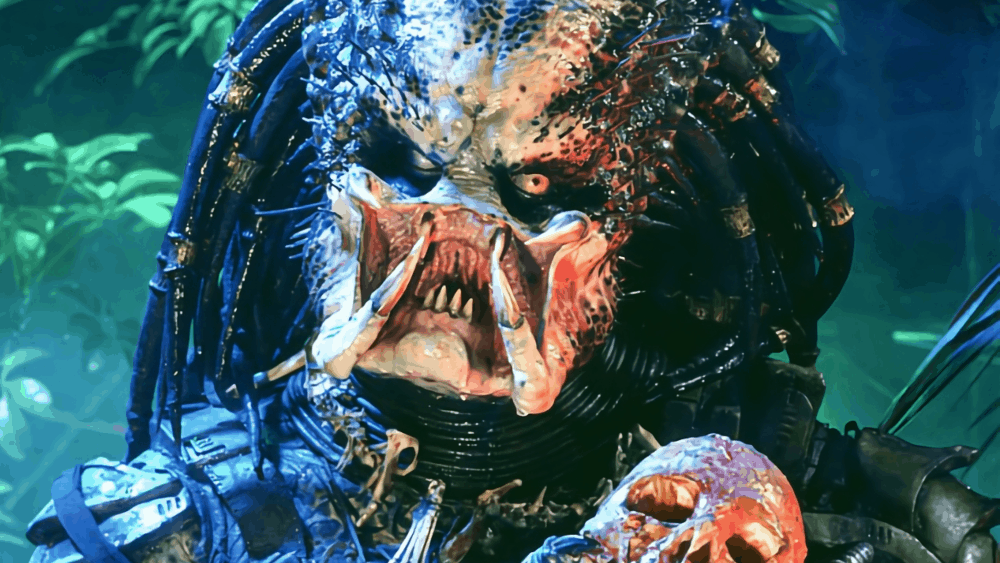 "Old Painless" was the handheld M134 Minigun used by Blain Cooper (Jesse Ventura) and would kick-start the most iconic ammo dump scene ever. The same minigun would show up again in 1991 used by Arnold Schwarzenegger in the 'Terminator 2: Judgment Day' during the shoot out at Cyberdyne Systems. 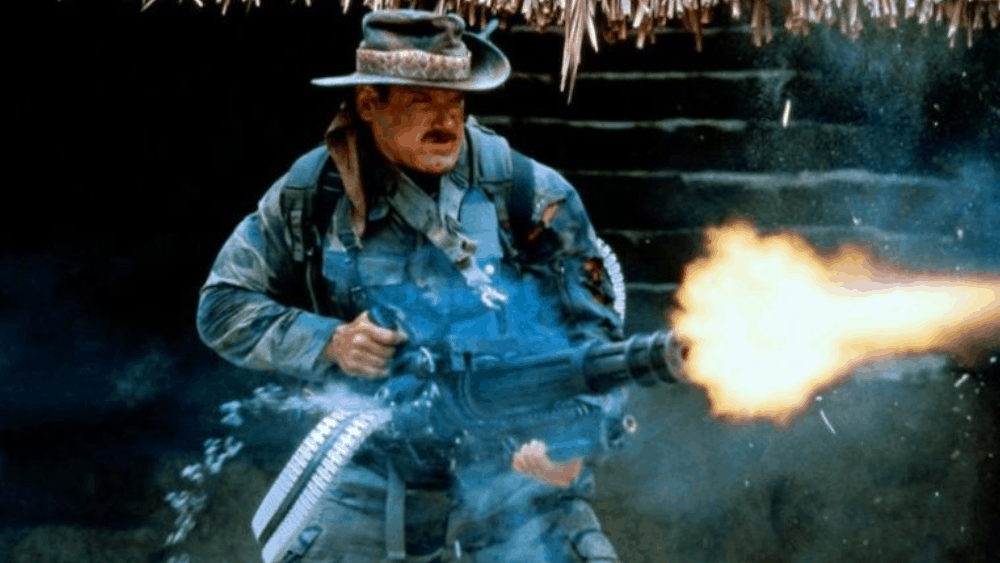 The Predator has an array of cool tech, other than the cloak, the thermal vision has to be the most iconic piece of gadgetry the alien hunter has for stalking its prey. For the thermal vision, infrared film could not be used because it did not register in the range of body temperature wavelengths. The filmmakers used an Inframetrics thermal video scanner because it gave good heat images of objects and people.

The original suit was designed by Richard Edlund from Boss Film Studios. Edlund had worked on the Star Wars movies and after Return of the Jedi wrapped, he founded Boss Film which delivered the fantastic special effects work on 'Ghostbusters' (1984). However, the concept for the first incarnation of the creature that was to hunt the special forces team was just not right and got the boot within days of hitting the set. A homage to the original suit can be seen in 2010's 'Predators'.

'Lethal Weapon' screenwriter Shane Black plays Hawkins, the first of the team to die, and added his quips and jokes to his character's dialogue.

The Predator was voiced by legendary voice actor Peter Cullen, best known as the voice of Optimus Prime. Cullen had voiced King Kong in 1976 and wasn't game for doing more guttural "animal" type voices but he agreed after seeing the Stan Winston designed creature.

A joke about Stallone's Rocky character started it all. By 1985, Rocky was one of the biggest movie franchises of all-time, and after 'Rocky IV', a joke was made that the only person Balboa hasn't fought yet was an alien (E.T. being referenced) and that was enough to spark the idea for what would become as classic as 'Rocky IV'.