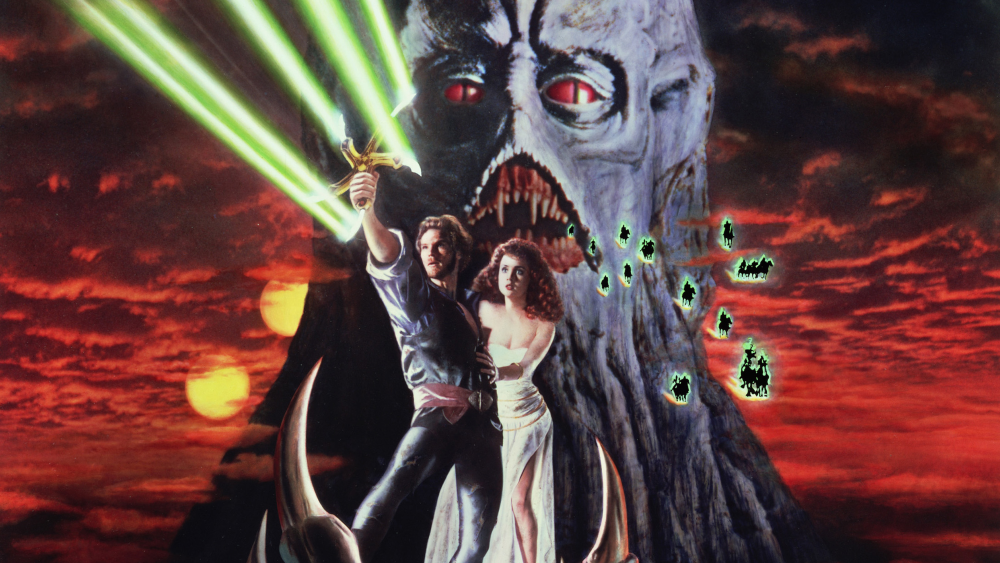 Krull is AWESOME!!! It's one of those films that adults in the 80's didn't seem to get but kids loved when it was on telly! The film is a mashup of many influences, with the biggest two being 'Star Wars' and 'Lord of the Rings' and the Arthurian legend... what's not to love?! So, here are 10 Things About Krull.

The late, great Bernard Bresslaw played the 'Cyclops' character. Bernard was most famous for his roles in the delightfully British 'Carry On' films that are still wildly popular. This was something I never knew at the time, it's only since IMDB I discovered this as he was under heavy makeup the entire time. 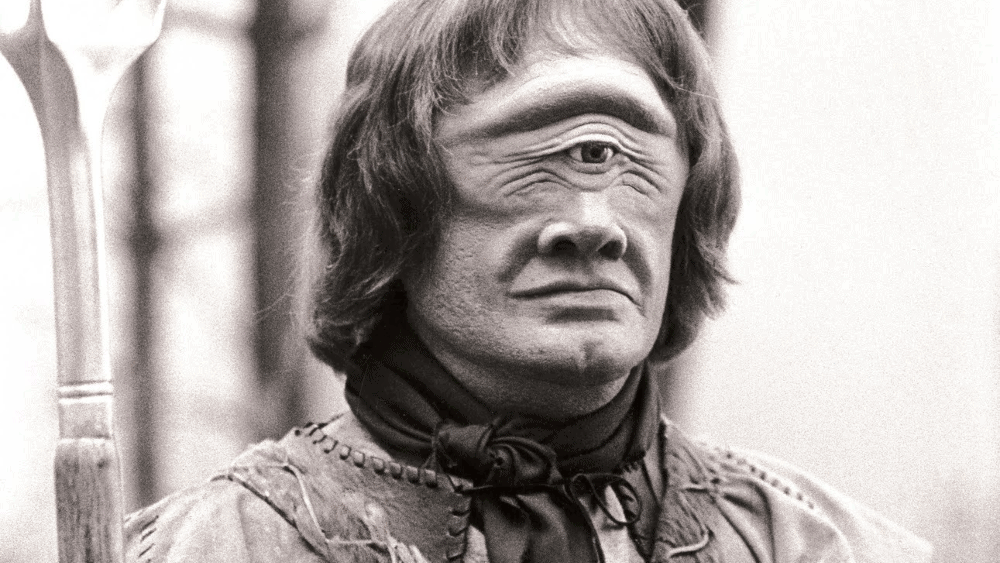 The film's ensemble cast features Liam Neeson, Robbie Coltrane and a young Todd Carty, mostly known for his role on 'Eastenders', as part of the bandit gang. 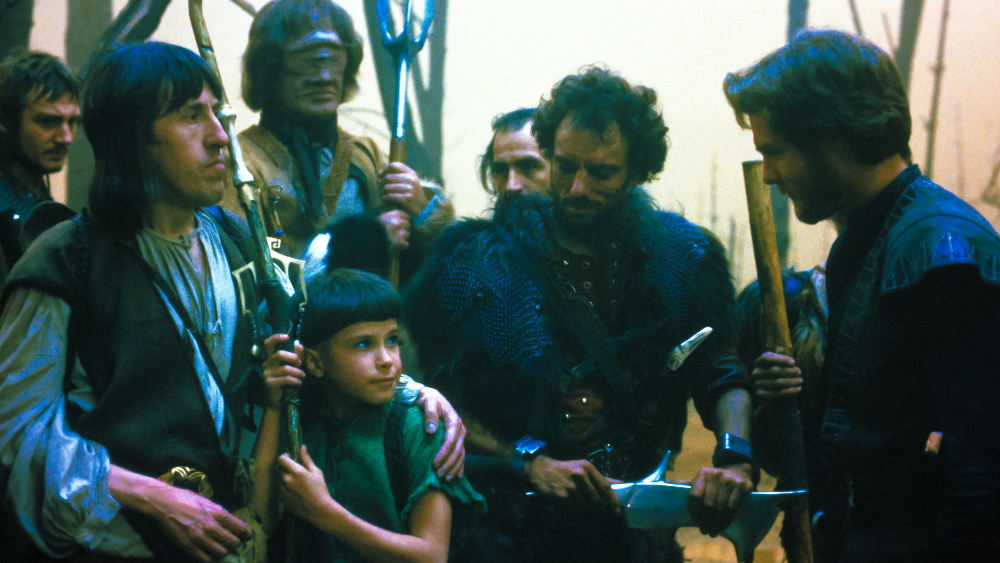 3. Director out of his depth?

The director, Peter Yates, had helmed 'Bullitt' starring Steve McQueen and also directed the other Peter Benchley adaptation, 'The Deep'. Not exactly the same type of films as 'Krull', but that's probably why the film feels like a more gritty fantasy epic.

'Variety' described the movie as "Excalibur (1981) meets 'Star Wars' (1977) and that's basically what it was. The film was greenlit due to the grand success of 'Star Wars' as every studio wanted to have a global smash like it.

For five months, a cast and crew of several hundred created the planet of 'Krull', inhabiting ten sound stages and exploring twenty-three different sets. One of those stages was the illustrious '007' stage at Pinewood studios, which was turned into the giant sand swamp with real quicksand pits.

The death screams of the 'Slayers' was a sound effect used in the awesome Doug McClure lead b-movie, 'At the Earth's Core' (1976). It's an ungodly sound and extremely distinct. 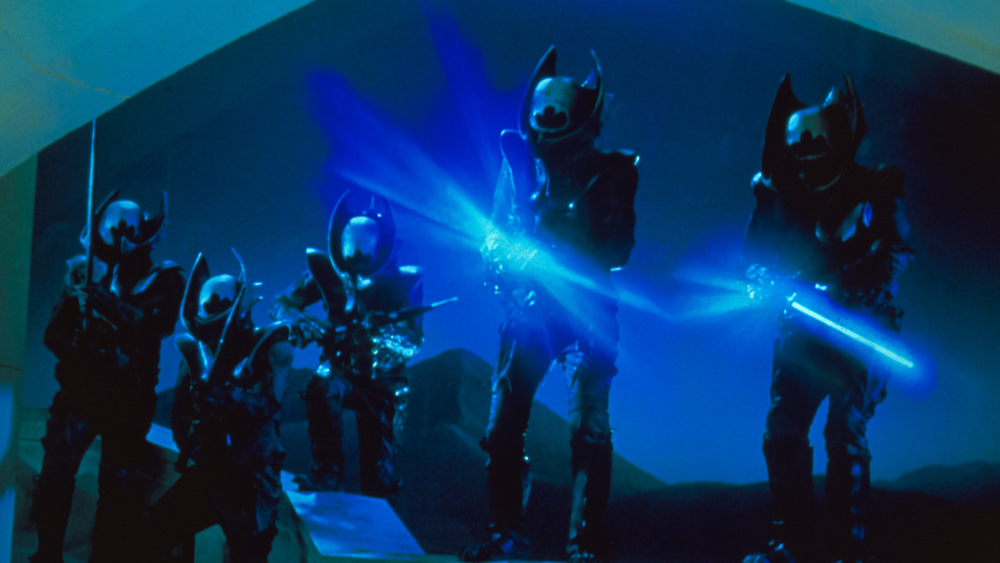 James Horner's score is amazing. James Horner provided the epic score and would go on to compose the score to the George Lucas produced fantasy adventure, 'Willow' in 1988.

Coming fresh from the popular show, 'Marco Polo', the lead, Ken Marshall, looked like he could have been the Errol Flynn of the 80's. The actor had honed his talents at Juilliard alongside 'Superman' actor, Christopher Reeve. But, with the film's failure at the box office, he would not get another major role in the 80's. Which is a shame as his energy and screen presence was spot on for playing swashbuckling adventurers. 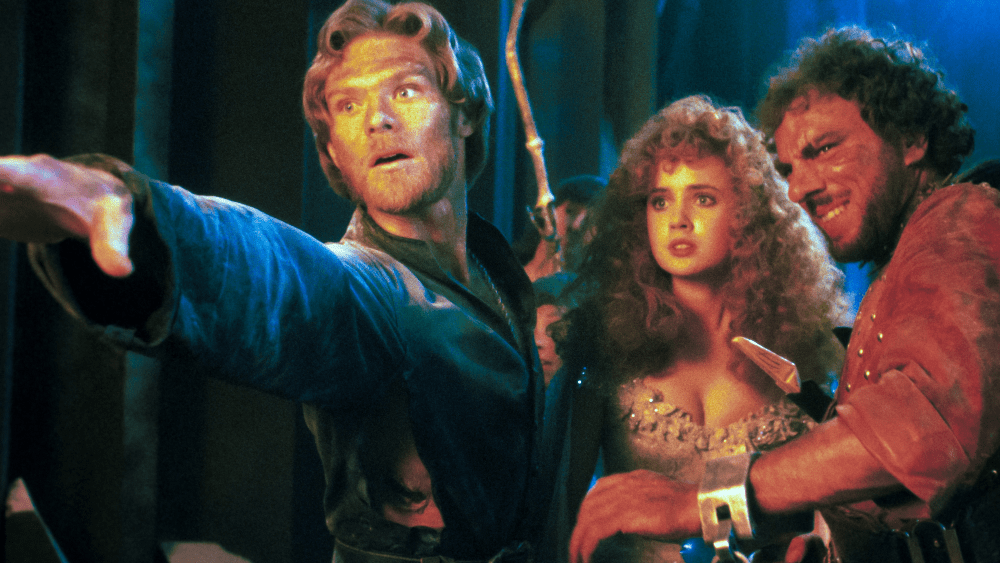 Considering the film flopped, see number 1 for how bad, 'The Glaive' has gone on to be one of the most iconic hero's weapons in cinema. It has been referenced in 'South Park' and more recently 'Ready Player One'. The film itself has also been referenced in countless films and shows. 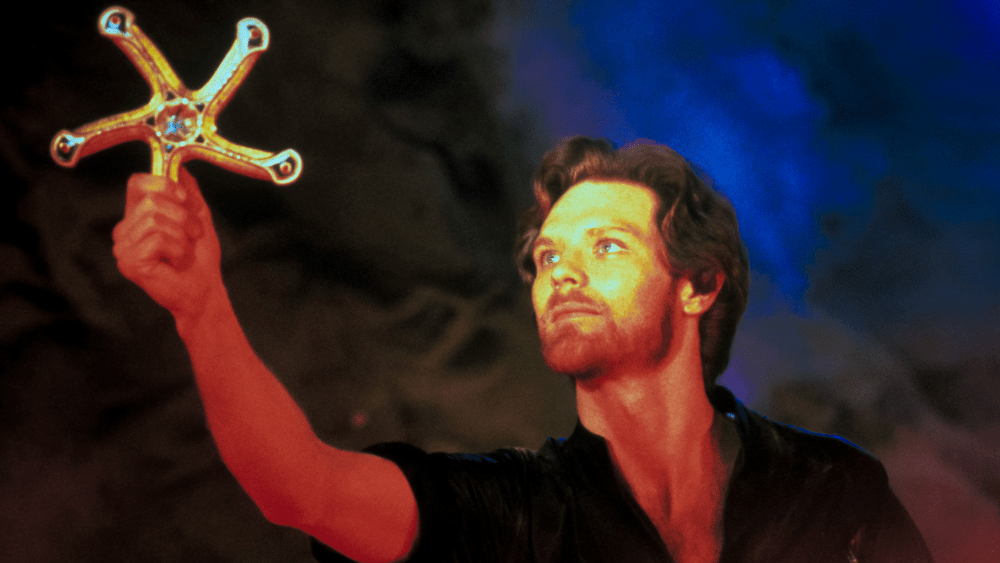 According to the internet, the estimated budget for 'Krull' was $47m, if true that's potentially more than the budget for 'Return of the Jedi' which had a budget of between $32m to $42m. This undoubtedly makes it a catastrophic flop considering its US gross was only $16.5m and a film with a budget that size would need to make at least in the region of $180m to have broken-even after the gross is split with the theatres and money for marketing added.